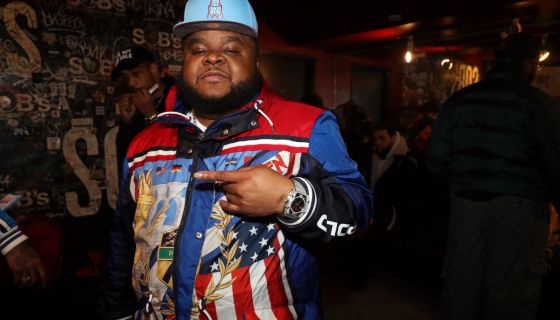 African Americans Hit By COVID: Fred The Godson Passes Away After Contracting Coronavirus

As the number of COVID-19 cases rise across the globe, African Americans have become extremely vulnerable to the harmful virus and are more likely to die from the disease than white Americans. On Thursday, it was reported that 35- year old Bronx rapper Fred the Godson has passed away due to complications from Coronavirus. Earlier this month, the 2011 XXL Freshman revealed that he’d been diagnosed with the virus as friends, family and fans flooded his comments with well wishes.

Although the pandemic is said to have a deadly affect on Black folks, not everyone who’s contracted the virus is struggle with their health. Idris Elba and wife Sabrina said they’re humbled to be alive and well after recovering from Corona. Last week, the pair began working with the United Nations on a project. Its aim is to lessen the effects of COVID-19 – the disease caused by the coronavirus — on farmers in rural areas.

“People forget that 80 percent of the poor population live in these rural areas.” Sabrina Elba said. “What we are really worried about at the moment, and why we are launching this fund is that those people are being forgotten.”

Idris and Sabrina are a few of the lucky ones who’ve recovered from COVID. As well as Houston rapper Slim Thug who posted his negative results to the ‘gram on Thursday.

But some of our other African American brothers and sisters haven’t been so lucky- those known and unknown. Like Charles Gregory, the Emmy-nominated hairstylist who frequently collaborated with Tyler Perry on his films and TV shows. He died of complications from COVID-19 on April 8. Jazz legends Wallack Roney and Manu Dibango have also passed away from the deadly virus.