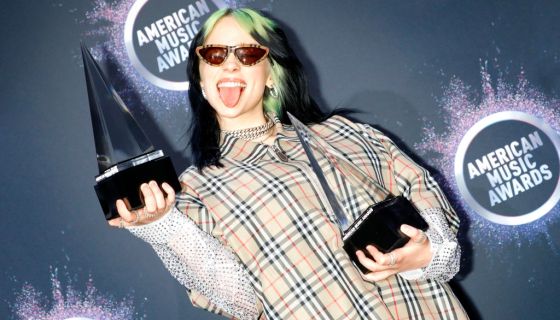 Billie Eilish Reveals Why She Chooses To Keep Her Relationships Private

Billie Eilish is not interested in making her private life public any time soon. Even though she’s one of the biggest artists in the world right now, she’s never been romantically linked to anyone–and that’s something she’s done intentionally.

In a recent interview on Capital Breakfast radio, the singer revealed why she has chosen to keep her love life as private as possible.

“I definitely want to keep that private,” the Grammy-winner explained when asked if she would ever go public with her future relationships. “I’ve had relationships and kept them private, and even the ones that I’ve had, and the tiny amount that I’ve let the world see, I regret. So, I can’t even imagine.”

Billie has always been outspoken about the fact that she wants to keep some things to herself, highlighting how weird it, previously, was that people were obsessed with her fashion sense and her body.

When explaining her stance on making her relationship status public, she also pondered the struggle of breaking up with someone publicly, like so many celebrities do.

“I think about it sometimes. I think about the people that have made their relationships OD public, like, you know what I’m talking about?” she asked. “And then they break up, and it’s like, ‘What if it goes bad?’ And then everybody has this whole opinion on your relationship that they have no idea about. It’s very much not something I’m interested in.”