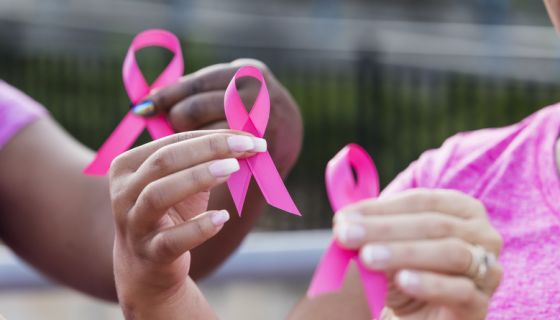 October is Breast Cancer Awareness Month and there’s so much so many don’t know about the fatal disease, even though it is the leading cause of cancer death amongst women globally. While the death rate continues to decline, due to early detection and new treatment options, hundreds of thousands of women are diagnosed with breast cancer each year in the United States, alone — and tens of thousands die.

Here are five breast cancer-related facts you need to be aware of, courtesy of DoSomething.org, NationalBreastCancer.org, and the CDC.

ALSO: For The Culture | 6 Times Black Greek Life Was Represented In Film

2. A woman is diagnosed with breast cancer in the United States every TWO minutes.

3. A woman dies from breast cancer, somewhere in the world, every MINUTE.

4. It is estimated that approximately 2,620 men in the U.S. will be diagnosed with breast cancer, this year, and approximately 520 of those men will die.

5. There are over 3.5 million breast cancer survivors in the United States.