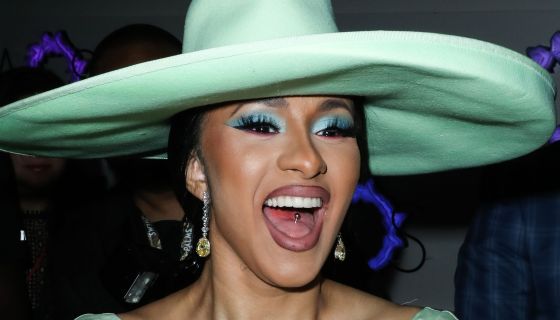 “WAP” is at the number one spot on the Billboard Hot 100 this week and naysayers will have to deal.

According to Billboard, the Cardi B song featuring Megan Thee Stallion skyrocketed to the top of the charts following its August 7 release. The sex positive track drew in 93 million U.S. streams in the week ending August 13, setting a record as the most streams for any track ever in its first week of release.

Before anyone could press repeat, the song was already getting backlash from conservative complainers and patriarchal prudes.

Far-right hosts like Ben Shapiro were condemning the track in the most condescending way while sexist uncles were criticizing Megan and Cardi as if male rappers like 2 Live Crew didn’t make whole careers out of their sexual escapades.

Well Ms. Cardi B had a word for the far-right and for the men who didn’t want to witness a woman in rap winning.

First, she shared a pro-Donald Trump party video that was using “WAP” as music.

“Wasn’t republican conservative throwing a little fit bout this song,” Cardi captioned the video on Tuesday. “Anyways this makes my ass itchy…..I’m callin the fbi on this festivity. They are not quarantining.”

A couple hours before this post, Cardi retweeted a post by music critic Craig Jenkins, who wrote, “Shouts out dudes who said it was a wrap for Cardi after ‘Bodak’ huh.”

Cardi has spoken. Haters be mad.