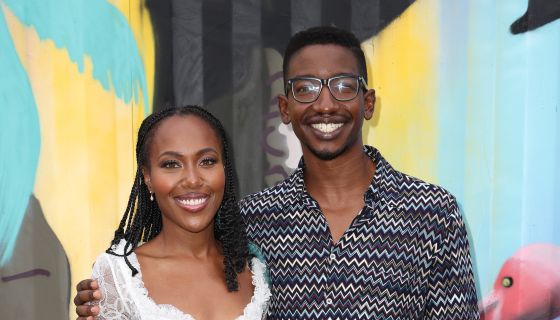 “So much of my career has been things that I’ve built and matriculated myself,” said Wise. “When I met Colin and he told me about the story and about Kayla and that he’d love for me to play her, I was so grateful. I remember reading the script for the first time and being completely enthralled in the story and characters. And then I read it a second time and I cried because I thought Kayla was just amazing.

I always thought it would be so cool to star in an action movie, but also for my character to have a degree of character development and depth. I always thought it would be the perfect combination if you could layer those elements. And that’s exactly what I saw in Kayla. ‘A dream come true’ is too small a phrase to describe how it all came to be. There are characters that you choose and then there are characters who choose you, and Kayla chose me.”

In the latest chapter of the multi-billion-dollar ‘Jurassic World’ franchise, dinosaurs now live—and hunt—alongside humans all over the world. This fragile balance will reshape the future and determine, once and for all, whether human beings are to remain the apex predators on a planet they now share with history’s most fearsome creatures.

Peep the thrilling trailer below:

Directed by Colin Trevorrow (who steered 2015’s ‘Jurassic World’ to a record-shattering $1.7 billion global box office), the buzzy Action-Thriller closes out the monstrous franchise with a very big BANG.

We caught up with DeWanda and Mamoudou who talked the massive blockbuster, yelling at movie screens, dinosaurs they would adopt as pets, and more in our interview you can enjoy below:

Jacksonville’s Nardo Wick will start a ‘Riot’ for his loved ones: Watch the visual