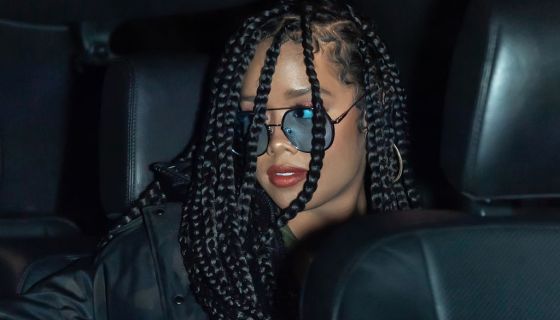 Did You Know H.E.R. Sampled THIS Janet Jackson Classic Feature For Her Hit Song “Damage?”

For the past few decades most of our favorite songs have been created from, well, some other favorite songs. It’s a practice called sampling, which is the use of a portion of a sound recording and/or composition in a new song. As the year comes to a close, our friends at Ample Samples actually took the time to count down their some of their FAVORITE SAMPLES OF 2020.

Herb Alpert, the A in A&M Records, released his Keep Your Eye on Me album in 1987. The project included the songwriting and production efforts of A&M Records’ most prolific production team at the time, Jimmy Jam and Terry Lewis. The third single from the project, “Making Love In The Rain,” paired the duo of hitmakers with the label boss, as well as Janet Jackson, for whom they had just produced the smash album, Control, and a newcomer by the name of Lisa Keith on lead vocals.

2. Pop Smoke’s “What You Know About Love” sampling “Differences” by Ginuwine

Co-written by Troy Oliver, “Differences,” released in 2001 off his second album The Life, has become one of Ginuwine’s signature hits. 19 years later, it has made its way into the fabric of 2020 as a result of being sampled by Pop Smoke and producer, I Am Tash, in “What You Know About Love” by Pop Smoke. The song was leaked immediately after Smoke’s untimely death, and eventually became a single in October of 2020.

Megan Thee Stallion dropped “Circles”, produced by Cool & Dre and Rick Starr Did It late in the year. We consider it to be a great example of how evocative sounds continue to inspire us for years to come. In this case, Nas dropped “Affirmative Action”, produced by Trackmasters and Dave Atkinson in 1996. The guitar was revisited by Missy Elliot and Lamb for Jazmine Sullivan’s “Holding You Down (Goin’ In Circles)” in 2010. What goes around came around again in 2020, when Megan jumped on a newly constructed track to address recent developments as an anthem for her fans.

A group of high school students came together to record their band under the name, Eastside Connection. They represented their neighborhood of East Los Angeles. Aside from being funky, the group contained a flutist – not a common feature of Funk bands at the time. The flute in their song “Frisco Disco” has been immortalized through many sample uses. The latest is by newcomer Freshko Def, who, in conjunction with Illtown Sluggaz, married the classic break with a new take on Afro Beat in a song entitled “Just Dance”. This one makes our list for its creativity and as an example of Hip Hop and sampling’s universal appeal.

WOW. How many of y’all knew the sources of these popular 2020 songs’ samples? We learned so much!

Ample Samples ™ is a full-service music licensing company, with a great passion for sampling and songs. We encourage you to check them out for help clearing your samples quickly and accurately.