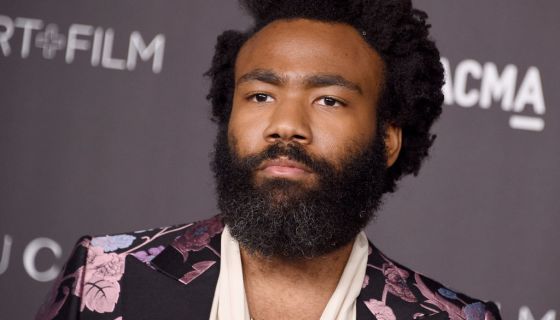 Donald Glover is making his return to the world of Star Wars.

On the most recent episode of the Kessel Run Transmissions YouTube show, which premiered on July 22, Corey Van Dyke reported that the actor will be reprising his role as Lando Calrissian in his very own series.

“So, we’ve heard that Donald Glover is coming back as Lando in his own series,” Van Dyke revealed.

The show’s other host, Noah Outlaw, was initially reluctant to break the news in case something happened that led to the show not going as planned, which would lead to people all over the internet getting mad at him.

“And that’s why we’ve kinda been hesitant because Donald is down, but also Donald Glover is very busy,” Outlaw said. “He’s Childish Gambino and all this stuff. And also, so they were kinda trying, they had to work with him. And we say this all the time on our show as a joke, that Brinks truck that they dumped on Donald Glover’s lawn to do this show was huge. So, but yeah, there it is. Cat’s out of the bag, I guess.”

If things go as planned, the series will be available for streaming on Disney+. The report has not been confirmed and no other details were offered regarding the series.

Donald Glover first starred as Lando Calrissian in the 2018 film Solo: A Star Wars Story. The movie grossed $213.8 million in the U.S. and Canada, making $170 million at the box office in its opening weekend alone.