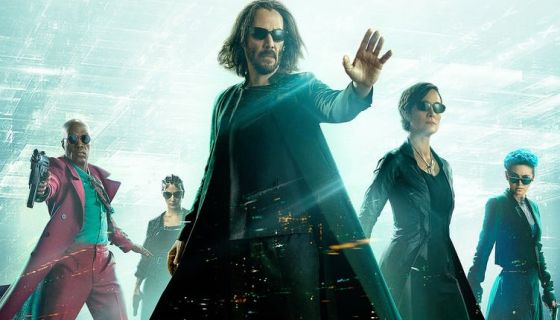 Back in the Matrix

The One’ is back for another mind-blowing Sci-Fi spectacular in “The Matrix Resurrections”–the latest chapter of the groundbreaking franchise that redefined a genre–which reunites original stars Keanu Reeves and Carrie-Anne Moss in the iconic roles they made famous.

In most cases, celebs avoid reprising iconic roles in iconic films, but it was the “beautiful” script that attracted Keanu Reeves back to the franchise.

“Lana Wachowski wrote a beautiful script and a wonderful story that resonated with me,” said Reeves in an interview with Empire. “That’s the only reason to do it. To work with her again is just amazing.”

Beyond the bullets and bravado is an epic love story that continues to resonate with fans across the world and beyond.

Fans expecting new twists in the iconic franchise can rejoice in the addition of Yahya Abdul-Mateen II who plays a version of Morpheus that’s not exactly thee Morpheus played iconically by Laurence Fishburne.

In an interview with NME.com, Mateen teased that fans should expect “something completely different” from the original character.

“I think he sees himself as the man,” he added. “He’s really enjoying life right now. He has a purpose, but part of that is to really enjoy his life, added Mateen, who rocks a plethora of drippy suits in the film.

“I have not been invited,” he said in an interview with New York Magazine last summer. “You’d have to ask Lana Wachowski why, because I don’t have an answer for that,” he told Collider.

Directed by Lana Wachowski from a screenplay by Wachowski, David Mitchell and Aleksander Hemon, the buzzy reboot/sequel is a clever love letter to one of the greatest Sci-Fi franchises ever.

We caught up with Keanu, Carrie-Anne, Priyanka, and more  at the star-studded green carpet premiere in San Francisco. Check out our interviews below:

“The Matrix Resurrections” is now streaming on HBO Max/playing in theaters everywhere!

The Countdown To 2022 Begins: Check Out This List Of Best Cities For New Year’s Eve