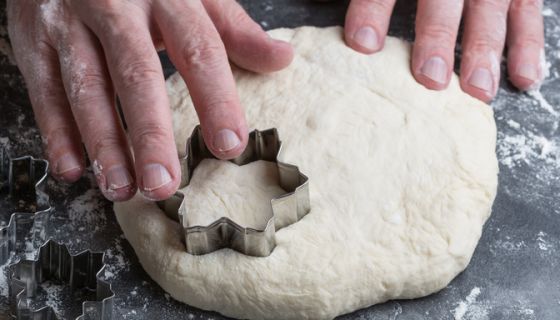 A 38-year-old man by the name of Nicholas Mitchell has been arrested for a bizarre and violent crime.

The former “It’ll Be Pizza” associate was caught stuffing razor blades into several packages of Portland Pie pizza dough. While the police investigate his motive, all Portland Pie Pizza Cheese and dough have been recalled from supermarkets.

“Police in southwest Maine arrested a man who is accused of stuffing razor blades into packages of pizza dough that were sold to customers last week. The disturbing incident happened at the Saco Hannaford Supermarket and came to light after a customer reported finding multiple blades inside the product on Oct. 6, authorities said. The grocery store, located in the city of Saco, reviewed surveillance footage and learned a man had tampered with several packages of Portland Pie pizza dough, according to police. The videos helped investigators identify the suspect as 38-year-old Nicholas Mitchell, a former associate of “It’ll Be Pizza,” which supplies products for Portland Pie, the Soca Police Department said in a news release.”