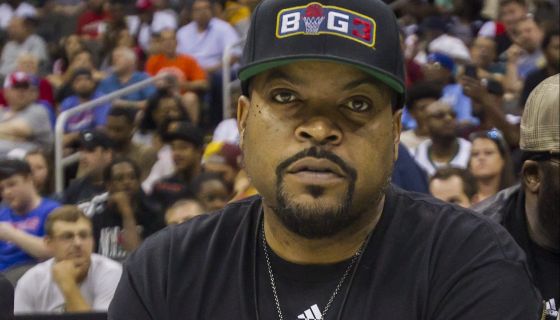 Ice Cube isn’t happy with the Trump family following reports that he helped the President’s administration with The Platinum Plan this past week.

The rapper ended up responding to an photo shared by Eric Trump, which shows him alongside 50 Cent, who are both wearing Trump hats. Obviously, this isn’t something that actually happened, but “TRUMP 2020” was photoshopped onto their headwear before being shared by Trump’s son.

Quickly thereafter, Cube quoted the tweet in question, simply adding “N**** please…” to let everyone know how he feels about the photo. Once he responded, the tweet—which had already been flagged by Twitter with a “manipulated media” warning—was deleted.

Trump posting this fake photo comes after Cube received criticism for working with the his administration on the Contract With Black America (CWBA). Last week, Cube responded to the criticism, stating that “both parties” had contacted him–though many are still upset that the rapper would choose to help Trump in any capacity two weeks before an election.

As for 50 Cent, he told his fans on Monday to “vote for Trump” due to his disagreement with Biden’s tax plan for those making $400,000 or more annually.

“WHAT THE F**K!” He wrote under a picture of the proposed tax for the rich under Biden’s plan. “(VOTE ForTRUMP) IM OUT, F**K NEW YORK The KNICKS never win anyway. I don’t care Trump doesn’t like black people 62% are you out of ya f**king mind.”