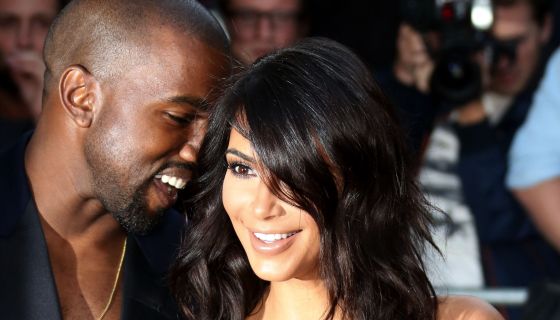 2021 is proving to be just as (out there?) as 2020 was. From Gorilla Glue Girl damn near losing every inch of hair on her head to Bobby Shmurda suddently coming home and KimYe’s divorce, February has been full of surprises and shenanigans. Below are 12 of the most viral moments from this month.

After inciting the attempted coup that left five dead and many injured, Donald Trump managed to escape a second impeachment. Despite several republicans voting to the convict the former president, he was acquitted in the trial, with a final vote of 57 to 43 (10 less than the 67 votes needed to impeach).

Gorilla Glue Girl was perhaps the most viral moment of the month. Tessica Brown caught eyes when she went on social media to tell her followers she hadn’t been able to comb her hair in a month, as it was quite literally glued down to her head. Mistaking a Gorilla Glue product for Got2B’s ‘Glued’ Freeze Spray for hair, Tessica showed her followers that no amount of washing it helped.

Soon, she had the entire internet talking — even Gorilla Glue responded with some empathy, as TMZ reported on Tessica’s visit to the ER in an effort to loosen her hair.

Ultimately, it was a Black plastic surgeon by the name of Michael K. Obeng who rectified the situation, even saving some of Tessica’s hair in the process. “You really gave me my life back and I am forever grateful,” Tessica said of Obeng. She would later go on to donate $20,000 from her GoFundMe to a reconstructive surgery organization. We’re feeling all the feels.

Michael B. Jordan makes our list again this month, after he had panties dropping with his Super Bowl LV commercial. The hunky actor played the vessel of ‘Alexa’ and quite a vessel he was. Also worth noting: MBJ’s Valentine’s Day plans for Lori Harvey had absolutely everyone talking. In case you missed it, he rented out an entire aquarium for his girl.

Texans have been going through hell this month as unexpected snowstorms swept the state. As a result, rolling power outages were announced. Many residents didn’t have power, water, or food for days — and it was so cold that some froze to death. Dozens of people passed away from the unbearable conditions, overall. Videos here.

Still, Mayor Tim Boyd called Texans “weak” and “lazy” for not being able to survive on their own. Texas junior senator Ted Cruz straight up left, taking his family on vacation to Cancun (minus the family dog). It’s also worth noting that those who did live to see better days had electric bills in the thousands, as residents were charged more for the power used during these extremely difficult times.

Malcolm & Marie was one of the most anticipated drops of the year, so when it hit Netflix, fans of John David Washington and Zendaya couldn’t wait to tune in. But for some, the movie was a little more triggering and verbally abusive than they expected. Viewers have hailed it as the most stressful, exhausting film to watch — and most believe Malcolm and Marie should have just went to sleep, instead of arguing their issues out. Have you watched?

It’s been a great month for Beyoncé fans, as she blessed the world with a new Ivy Park drop. Featuring Gucci Mane, Bey dubbed the latest collection ‘Icy Park’ and went all out for the promo, per usual. Looking like she transported back to her Destiny’s Child days, Bey rocked a wash and set and put her ample backside on full display. Thee photos come after Parkwood Entertainment singer Chloe Bailey opened up to the world about feeling judged as she embraced her body.

As we mentioned briefly, Valentine’s Day had some of our favorite celebrity couples swooning. Michael B. Jordan and Lori Harvey, Ciara and Russell Wilson, Gabrielle Union and Dwyane Wade, and more did it up and posted their love for the world to see. If you missed all the coupled up cuteness, check that out here.

A post shared by Behind Her Eyes Official (@behindhereyesnetflix)

Another truly viral moment came courtesy of Netflix, as the streaming platform’s limited series Behind Her Eyes left viewers extremely unsettled, to say the least. If you haven’t tuned in, it follows a young woman who becomes entangled with a married couple — but there’s a lot more going on behind the scenes… more than anyone can guess. You’re just going to have to watch for yourself.

Rihanna did not come to play during her birthday month and it felt like the whole world joined in to celebrate the baddest Bajan on the planet turning 33 — in our Savage X Fenty, of course. The one photo above received over 10 million likes and 100,000 comments. Lawdamercy!

After years of shocking marital issues, Kim Kardashian reportedly filed for divorce, citing “irreconcilable differences” as the reason. The famous couple has four kids together — North, Saint, Chicago, and Psalm — and according to reports, Kim would like shared custody with Kanye.

February 19 made one year since up-and-coming rapper Pop Smoke was killed on the West Coast. Alongside the industry and Pop Smoke’s family, fans spent the day remembering the “Mood Swings” rapper, celebrating his life, and posthumous success. May Pop rest in peace.

Fans were enthused when it was announced Bobby Shmurda would be coming home from prison early. Like Pop Smoke, Shmurda was another NY rapper who’d only just begun to reap the benefits of his success before it was taken away. But, at least the “Shmoney Dance” artist has a second chance.

So far, he seems happy to be home and we love to see it. Check out his most recent photo above.