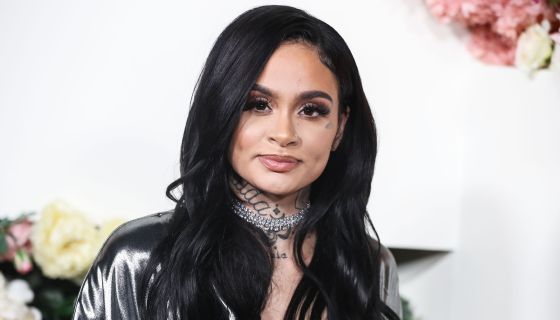 Kehlani is all about de-stigmatizing sex work, especially in the age of the coronavirus.

Even before the coronavirus pandemic, people have used sex work either as a form of survival or because they genuinely enjoy the work. Unfortunately, some forms of sex work have been criminalized such as street-level prostitution, and many activists around the country are working to decriminalize such forms of labor.

Kehlani explained this when introducing her music video for “Can I”:

“CAN I out now! directed by me (Hyphy Williams) & @ssdaigui,” she wrote on Instagram. “Support sex workers!!!! ESPECIALLY BLACK TRANS SEX WORKERS. the most vulnerable. sex workers deserve proper pay, protection, and to exist in their careers without consistent shame & violence.”

Kehlani then included a statement from writer and activist Da’Shaun L. Harrison, which reads:

“It is a legitimate form of labor that must be decriminalized so as to function as a safe form of work for all sex workers. It is often the lives and livelihoods of those who do street-level work that is impacted by criminalizing policies and cultural stigmatization. Overwhelmingly, those folks are Black trans women, Black cisgender women, and other Black queer and trans people—including youth. Black people—as well as Indigenous people and other people of color—deserve to be able to perform sex work without any limitations or stigmas attached, and this means that everyone must commit to learning from sex workers about sex work and sex workers’ needs.”