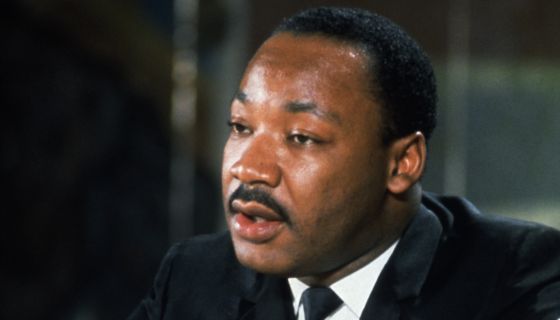 On this day, we celebrate the life of a true king who fearlessly fought for what he believed in and lead a whole race of people to believe in themselves.

"Injustice anywhere is a threat to justice everywhere.” Dr. Martin Luther King Jr. Wishing a Happy Birthday to Dr. King who was born on this day in 1929. He was assassinated at the young age of 39 but his words, work and legacy continues to influence millions today. pic.twitter.com/nBJhmNxiI9

Dr. King was more than just a freedom fighter. He was a father, husband and scholar whose work changed the way Black folks were viewed in America.

“Finally…we have got to have more dedicated, consecrated, intelligent and sincere leadership. This is a tense period through which we are passing, this period of transition and there is a need all over the nation for leaders to carry on.” #MLK #MLKDay #MLK50Forward pic.twitter.com/nbEQI4Gvlv

Unfortunately, we’re still living in a time when the MLKs of the world are needed. According to the legend himself, the change in our society starts with education. “The function of education is to teach one to think intensively and to think critically. Intelligence plus character – that is the goal of true education.” One day, we shall all be free — and thanks to MLK for walking the path before us, so that we now have a blueprint to that freedom.

Check out some rare, classic photos of the late king below.

ALSO: She Deserves | 13 Majestic Photos Of Regina King Looking Like The Goddess She Is