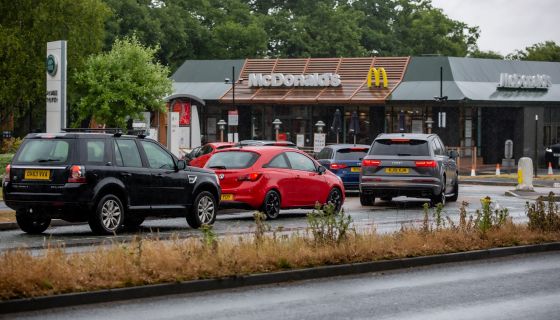 McDonald’s Gearing Up To Permanently Close Over 200 U.S. Locations Thanks To Coronavirus

McDonald’s is saying sayonara to at least 200 of it’s 14,000 U.S. locations and according to reports, “low-volume restaurants” in Walmart stores will make up more than half of those permanent closures.

During its quarterly earnings call Tuesday, the fast food giant said the closings were previously planned for future years but are being accelerated. Officials also shared the continued impact the coronavirus pandemic is having on sales globally. “Within a matter of weeks, the McDonald’s system made operational modifications across 30,000 restaurants, while closing and then reopening another 9,000 restaurants,” CEO Chris Kempczinski said during Tuesday’s earnings call. “We introduced new safety procedures in all our restaurants, modified our menus, and developed new contactless ways to serve our customers.”

As the site notes, Dunkin’ Donuts is closing 450 locations and Starbucks is closing 400, with 60% of restaurants, nationwide, permanently closing after being temporarily closed due to the coronavirus pandemic. USAToday goes on:

Of McDonald’s 39,000 restaurants worldwide, 96% are now open, compared with 75% at the start of the second quarter. Comparable-store sales that were down 39% in April were down 12% by June. Restaurants with drive-thru windows are recovering more quickly as customers try to limit contact. But locations in urban centers, malls and tourist locations are having a harder time, the company said.

Are you going to be sad to see your nearest McDonald’s go? Chime in.

Honoring The Life And Legacy Of Helen Elizabeth Woods