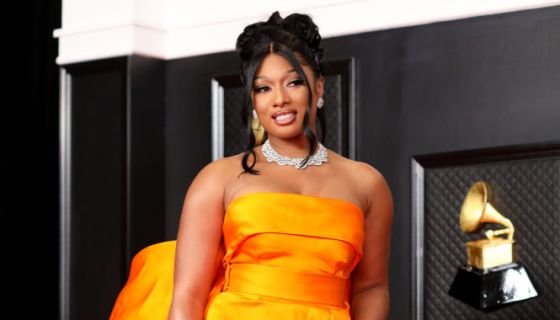 After eight people were killed in the Atlanta massage parlor shootings (six of whom were Asian women), Meg Thee Stallion is stepping in and lending her support.

As previously reported, 21-year-old Robert Long was arrested for the heinous hate crime that led to people across the nation speaking out to #StopAsianHate. Now, Meg and Fashion Nova have teamed up with social activist May Lee to spread awareness and protect the rights of Asian Americans. The Houston, Texas Grammy award-winning rapper announced on Instagram this past weekend:

“I am heartbroken by the loss of eight individuals taken from their families on March 16 in a senseless, violent attack against Asian Americans. To honor the memory of these victims, @FashionNova and I have partnered with the journalist and Asian activist @mayleeshow on a $50,000 donation to @advancing_justice_atl who work tirelessly to protect the civil and human rights of Asian Americans in Georgia and the Southeast. We stand in solidarity with all Asian Americans in saying that enough is enough. #StopAsianHate #StandWithAANHPICommunity.”

A post shared by The May Lee Show (@mayleeshow)

Crimes against the Asian American community increased tremendously (149% in at least 16 big U.S. cities) after Donald Trump dubbed coronavirus the “Chinese Virus” last year. Trump’s words, along with slurs used by his racist followers, incited blame and violent attacks aimed at Asian Americans — and though it has been debated, the Atlanta massage parlor shootings were, by the same token, an obvious hate crime.

Regarding Thee Stallion, we expected nothing less from the Head Hottie In Charge, who has been an avid philanthropist from the outset of her incredible music career.

Simone – Boy of My Dreams