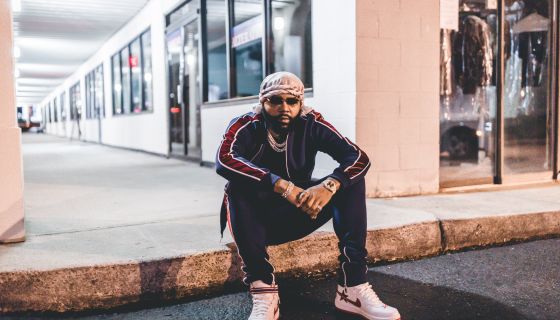 Money Man becomes the first artist to receive an artist advance payment solely in Bitcoin. The Decatur rapper recently released his latest album Blockchain as an ode to the world of cryptocurrency.

Money Man launched an NFT collection of the album trailer with the project’s release after he received his entire 7-figure completely in Bitcoin. The artist transformed the record business as we know it. EMPIRE Founder and CEO Ghazi sent his 7-figure advance in Bitcoin via Cash App.

Ghazi shared the news on his social media accounts after completing the historic music deal with Money Man.

The album trailer is priced at .0333 ethereum, which equates to around $150. The NFT collection launched on Thursday, November 11. There are three unique editions of the trailer animations, which play the full “Blockchain” track. All owners of the exclusive NFT will receive an additional 25% discount at Money man’s merch store.

The project features artists Moneybagg Yo, Yung Bleu and Jackboy. Money Man is truly living what he raps about, boastin his crypto knowledge on “Blockchain.”

Other artists and creatives are leaning into the digital market after Money Man’s progressive rollout. Meek Mill congratulated the rapper on his legendary advance and asked if he could join the club.

“Ima get my next record deal paid in bit coin behind @moneyman,” Meek wrote in his Insta Story along with a screenshot of the $1,002,912 Money Man received from the payment.

Money Man is staying ahead of the digital curve with his historic moves. Be sure to follow the artist and gain a little crypto knowledge.