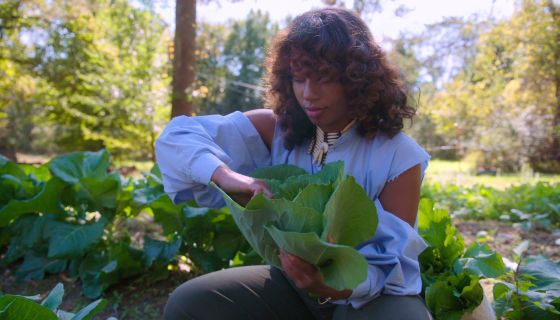 Netflix Orders Season 2 Of ‘High on the Hog: How African American Cuisine Transformed America’ [Details Inside]

Netflix has ordered a second season of High on the Hog: How African American Cuisine Transformed America. The critically-acclaimed series celebrates the courage, artistry and resourcefulness of African Americans that helped define the American kitchen today.

The series adapted from food historian Jessica B. Harris’ book of the same name, is part culinary show and part travelogue. It follows food writer Stephen Satterfield as he highlights the expansive, eclectic culinary history shaped by historical events such as slavery, the Civil War, Juneteenth and modern-day.

High on the Hog’s director and executive producer Roger Ross Williams shares his excitement after the second season announcement. “I am so thrilled to announce the second season of High on the Hog with Netflix,” Williams expresses. “To be able to continue this incredible journey through Black food and culture. It has been wonderful to see the powerful reaction audiences had to our first season and we hope to further amplify and empower the Black culinary story and experience.”

There is such rich history of African American people, and the way High on the Hog explores the historical context of Black people and how it directly correlates to our culinary experiences is impactful television content.

Netflix is wise to explore this topic more as it performed very well on the streaming platform coming in at a 4.8 rating. The documentary-styled series has even more to tackle since it came out last spring.

Executive producers Fabienne Toback and Karis Jagger are thrilled to continue sharing these stories. “We are elated to have the opportunity to share more of the incredibly rich history of African Americans,” the executives continue, “The next chapter of High on the Hog has many more beautiful untold histories. Numerous people reached out to ask us if there would be more and we are incredibly excited that Netflix has agreed to another season. The best is yet to come!”

Be sure to catch the second season of High on the Hog: How African American Cuisine Transformed Americacoming soon. We will share updates as they come.

Check out Strong Black Lead’s announcement on Instagram below.