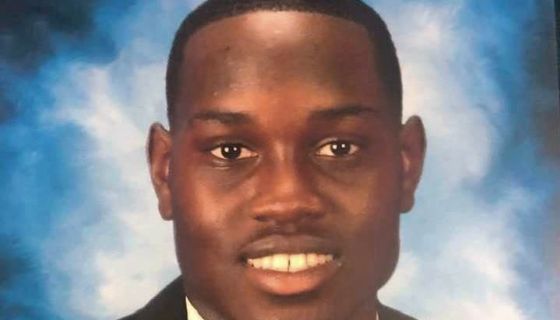 The nation is mourning the tragic death of Ahmaud Arbery after he was shot and killed by a crew of white men while jogging around in Georgia. Ahmaud was an advocate of staying in shape and could often be seen jogging in and around his own neighborhood, according to friends and family, but that didn’t stop the McMichael duo, and William Roddy Bryan, from going after him. Now, a new witness reveals an earlier incident between one of the suspected murderers and a young Black man he believes was Arbery.

“The father and son charged with murder in the high-profile Ahmaud Arbery case had a confrontation with a young black man in the same Georgia neighborhood less than two weeks before the fatal Feb. 23 shooting, a witness said Tuesday,” the NYDailyNews reports. “Diego Perez, one of the neighbors interviewed by the Glynn County Police Department, believes the person involved in the Feb. 11 encounter was Arbery, the 25-year-old unarmed black jogger whose killing has sparked a national outcry and calls for a hate-crime investigation.”

Apparently, Arbery had been checking out a home that was under construction when he was confronted by Travis McMichael. The NYDailyNews continues:

“The previously unknown confrontation happened shortly after the owner of a home under construction in the area asked Perez to check on the property for him, the neighbor told The Atlanta Journal-Constitution on Tuesday. The owner, Larry English, had a motion-sensor security system on the Satilla Shores property, but he was two hours away that night. As an armed Perez walked toward the construction site, murder suspect Travis McMichael drove from the opposite direction and stopped his truck by the property, Perez told the paper. McMichael, 34, reportedly saw a young black man in the yard and confronted him.”

Apparently McMichael told Perez the young man “reached for his waistband,” at which point McMichael “got spooked and went down the road.”

“Perez said McMichael returned moments later with his father, Gregory, but it was not clear if they saw that young man again that night,” the site continues, adding “The next time Perez saw that young man was the day of the shooting, after he had already been shot and was lying on the pavement near his home, Perez said.”

When they were arrested, the McMichaels claimed Arbery was a burglary suspect. While Arbery was seen on camera around that same construction site, prior to the shooting, he did not touch or steal anything and the owner of the property has never accused him of being a thief. “I don’t want it to be put out and misused and misinterpreted for people to think that I had accused Mr. Arbery of stealing or robbery, because I never did,” Larry English reportedly told CNN.

Please keep Arbery’s loved ones in your prayers at this time. #IRunWithMaud.