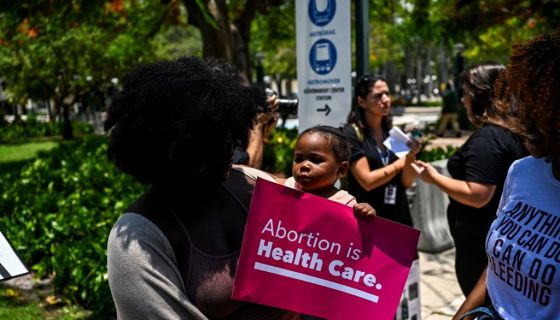 This became an essential law for women, who were experiencing an unwanted pregnancy due to rape, incest or unavoidable medical and health conditions. Now, because of the Supreme Court’s decision to overturn this law, women will once again endure what our ancestors fought so hard to dismantle. The decision that a Supreme Court filled with 9 members, who apart from three (older) women, do not have the ability to bear children.

This decision will mainly affect minorities, who can’t afford essential healthcare, food or housing. It will also affect those who have trouble breastfeeding as the United States is still experiencing a baby formula shortage. The White House finalized the transport of 1.25 million cans of baby formula into the US from Australia as the shortages continue, but how long can this go on?

The United States is experiencing unprecedented times as inflation increases, gas prices skyrocket and gun violence persists. Yet, somehow the focus is on what women should do with their reproductive systems.

The fear that women feel now stems from what happens when women are desperately in need of an abortion due to the countless reasons listed above. This will cause women to illegally travel elsewhere to find access, which historically proven will result in severe fatalities. According to the Texas Tribune, it will also result in doctors facing life in prison and fines up to $100,000.

Instead of protecting human rights and ensuring public safety, the Supreme Court ruled to police women’s bodies for their sick control in the name of religious beliefs. The reality is these decisions are based in power, control and capitalism.

The women of the future, who are forced to birth babies for the sake of 9 older members of the Supreme Court will result in a domino effect of generational trauma, violence and defeat. So, keep the guns and just birth more babies with guns? Sounds like a hell of a ride to me.

I am gravely disappointed in our justice system. I have lost faith in humanity. I fear that we have lost the ability to genuinely care enough for the people to have true justice for all. Still, what more can we do?

Until we reach a new solution, we are sending “thoughts and prayers” to this country. Comment your thoughts on the Supreme Court’s decision to overturn Roe v. Wade below.