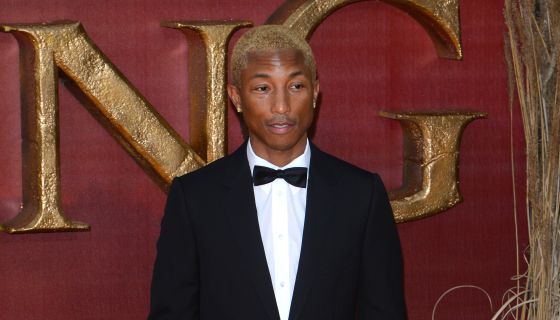 Pharrell Williams is mourning the death of his younger cousin, Donovon Lynch, who was reportedly killed by police last week. The 25-year-old was gunned down by officers in the last of three shootings that occurred in Virginia Beach on Friday. Police claim Lynch was armed, and listed that as the reason for the shooting, but Pharrell took to Instagram to speak about the kind of man his cousin was.

“The loss of these lives is a tragedy beyond measure. My cousin Donovon was killed during the shootings. He was a bright light and someone who always showed up for others. It is critical my family and the other victims’ families get the transparency, honesty and justice they deserve,” the famous producer wrote. “Virginia Beach is the epitome of hope and tenacity and, as a community, we will get through this and come out even stronger.”

Bad Girls Club reality star Deshayla Harris was also slain in one of the shootings that night. It has been reported, however, that she was an innocent bystander. See photos of both victims below.

According to police, the first shooting happened after two groups of people were involved in some sort of conflict, leading to “several individuals” pulling out firearms. Minutes later, police claim to have heard gunshots close by, which is the shooting Harris was reportedly gunned down in. While that was happening, police say a uniformed officer encountered an “armed” Donovon Lynch in a third incident within the same vicinity of Virginia Beach.

See an update from the Virginia Beach Police Department below, in which they claim Lynch was “brandishing a handgun.”

Our prayers go out to the victims and their loved ones at this time. May they rest in peace.