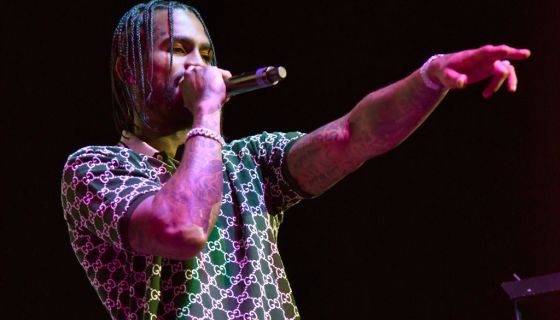 Rap Or Go To The League: J. Cole’s Possible Foray Into The NBA Has Dave East Wanting To Suit Back Up

J. Cole made headlines recently when Master P told the world about his plans to make it into the NBA. The No Limit legend told TMZ that he spoke to Cole directly about making the transition from rap into the league, which is something P did during the 1998 and 1999 pre-seasons. The rapper claims that Cole is looking to do the same thing, taking his training seriously while hoping to become the next rapper to make that leap.

Now, it looks like Cole’s interest in the NBA is inspiring other rappers to think about the transition, as well. During a recent appearance on Complex’s Load Management podcast, Dave East said that he’s going to suit back up if Cole makes his way into the league.

“I’mma tell y’all right now on here today and this is my word,” East promise around the 1 hour and 27-minute mark. “If J. Cole go to the NBA, I’m getting back into this shit immediately!”

Dave East isn’t new to the game of basketball. From childhood to his teenage years, East played AAU with future NBA stars like Ty Lawson, Greivis Vásquez, and more. He even played with Kevin Durant back in the day, which developed into a friendship that lasts to this day. The rapper went on to play Division 1 basketball at Richmond University and Towson University.

Hopefully Cole gets a chance at making it in the NBA so we can see a rush of rappers making it onto the court.