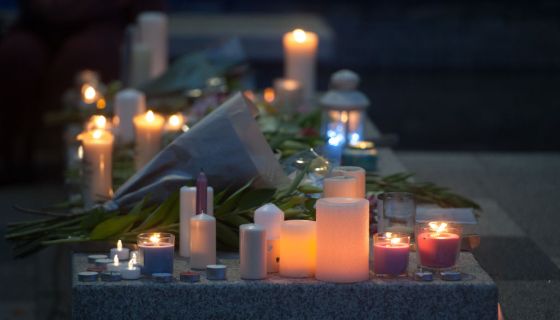 Rest In Peace: Georgia Mom Reportedly Killed In Her Sleep By Neighbor Who Was Cleaning His Gun [Details]

We are extremely sad to report that Georgia mom, Carlether Foley, was reportedly killed in her sleep by a gunshot wound to the head. Apparently, her neighbor was cleaning his gun when the firearm went off and pierced her wall last Sunday, September 26.

“Gwinnett County police said 36-year-old Carlether Foley died from a gunshot wound to the head as she slept in her apartment in Duluth, Georgia on Sept. 26. Her 17-year-old son said he was the one who found her lifeless body in the bed. Authorities said they found a bullet hole in the wall of the apartment,” ABC13 reported at the time, adding “Foley’s neighbor told police his gun went off while he was cleaning the weapon.”

The neighbor, 22-year-old Maxwell Williamson, says he forgot there was a bullet in the chamber. He has been charged with involuntary manslaughter and reckless conduct. He is currently in jail with no bond, the site adds.

“I’ve never experience the hurt, the pain that I’m feeling. I don’t know what to do,” said Carlether’s mom Jacquline Foley, who is now caring for her late daughter’s son, Keyandre. “You had no right to take my baby from me. You had no business taking her life away from her child. He’s 17 years old. This is his last year in school. You have hurt my family. You have took my baby.”

“It don’t feel real. I found my mama by myself,” Keyandre said, calling his mom his hero. “I just don’t get it. I don’t understand. She don’t bother nobody. My mama didn’t do nothing.”

Head over to the family’s GoFundMe to show some support. May Carlether rest in peace.