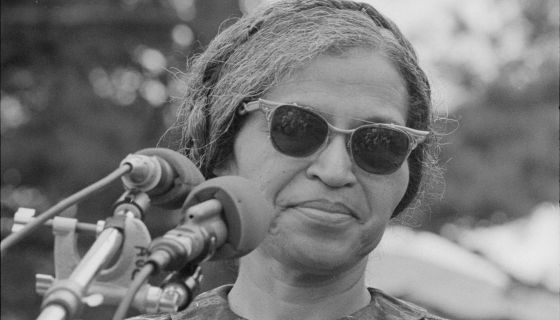 Rosa Parks: 13 Regally Rare Images Of The ‘Mother Of The Movement’

Ever since we started learning about Black History in elementary school, Rosa Parks was one of the central figures of our lessons. The legendary Civil Rights activist is best known for her pivotal role in the Montgomery bus boycott and is one of the first Black women in history to give a White Man the “boy bye” energy.

Sadly, we lost Ms. Parks back in 2005 — but much like her comrades Dr. Martin Luther King, Harriet Tubman and Malcolm X, her legacy will continues to live on.

Most of us know the story of Rosa Parks and that fateful day on the Alabama bus that changed her life and the lives of Black Americans forever.

On December 1, 1955, Parks was arrested for refusing a bus driver’s instructions to give up her seat to a white passenger. She later recalled that her refusal wasn’t because she was physically tired, but that she was tired of giving in. Three of the other black passengers on the bus complied with the driver, but Parks refused and remained seated. The driver demanded, “Why don’t you stand up?” to which Parks replied, “I don’t think I should have to stand up.” The driver called the police and had her arrested. – Biography

However, while we know her story well, it’s rare that we get to see photos of the beautiful icon. So, in honor of what would have been Mrs. Parks’ 108th birthday today, we gathered more perfectly powerful pics of the late legend below. Happy Black History Month.

ALSO: This Black History Month Playlist Will Have You Feeling Proud & Lit At The Same Time

ANGE – Coming for U