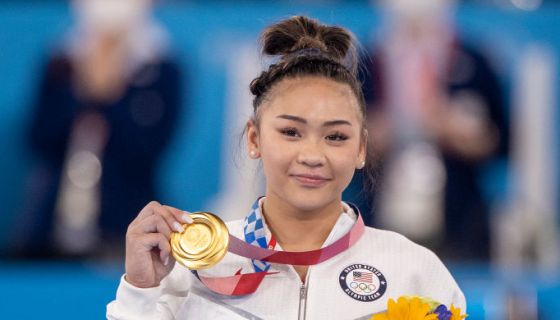 18 year-old Sunisa Lee is living her dreams and following her heart — but not everyone is happy for the young legend.

Suni, as she is more affectionately called by fans across the globe, confirmed her relationship with University of Southern California football player Jaylin Smith back in December. According to Suni, the first-ever Hmong American Olympic gold medalist, the response to her dating a Black man has not been entirely positive.

Commenting on a TikTok that addressed racism in the Hmong community, Suni admitted she has received a lot of “hate.”

“I know that Sunisa will be judged by certain eyes in the Hmong Community because her man is Black,” a fan captioned a TikTok Tribute to Suni and Jaylin, adding “LOVE is LOVE, no matter what race or gender you are. Keep doing you QUEEN.”

Suni responded “This makes me so happy. I’ve received so much hate they support me when it’s beneficial for them never when it comes to my happiness. Thank you!” The fan, TikToker @alixphom, then responded “I gotchu Queen, and your Kings back. Let’s be the change and grow our Hmong Community.”

Suni and Jaylin look great together — just look at that adorable photo up top. They also obviously have a lot in common as young athletes. But, racism abounds.

For those who are not as familiar with Suni, she is also the first-ever Hmong American to make the U.S Olympic gymnastic team. If you missed the moment that made her a world-famous gold medalist, check that out here and stay tuned for more cuteness from Suni and her bae Jaylin.

ALSO: Greatness Begets Greatness | The Many, MANY Talents Of 10-Year-Old Blue Ivy Carter

Song of the Day: ‘Drunk Text Me’ by Lexi Jayde