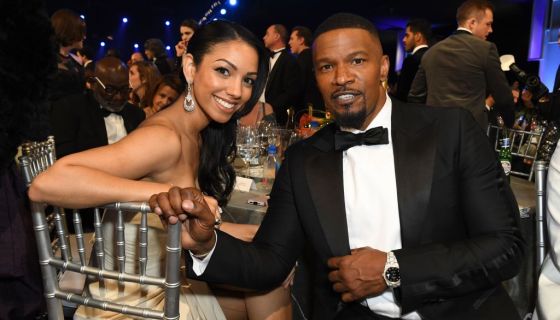 So Sweet: Jamie Foxx Is Starring In A Netflix Series Based On His Relationship With His Daughter

Jamie Foxx is getting ready to star in a brand new sitcom based on his relationship with his daughter, Corinne Foxx.

Netflix just ordered a new comedy starring Foxx titled, Dad Stop Embarrassing Me. The show is inspired by the star’s relationship with his daughter, who will produce the show alongside Alex Avant while Jamie serves as executive producer.

Bentley Kyle Evans of The Jamie Foxx Show and Martin will also EP and handle the role of showrunner. Ken Whittingham–who has worked on Modern Family, Black-ish, Netflix’s hit Grace & Frankie–has signed on to direct all the episodes.

It’s great to see Foxx make his return to the small screen, as the actor built his foundation in the industry through appearances on TV shows like In Living Color and Roc before securing his own self-titled sitcom.

Of course, this show isn’t the first time he and his daughter have worked together. The pair currently work together on the game show Beat Shazam on Fox. The series premiered in 2017 with Foxx hosting and Corinne serving as DJ and has been a hit ever since.

There’s no word on when Dad Stop Embarrassing Me will begin production or make it onto our screens just yet.