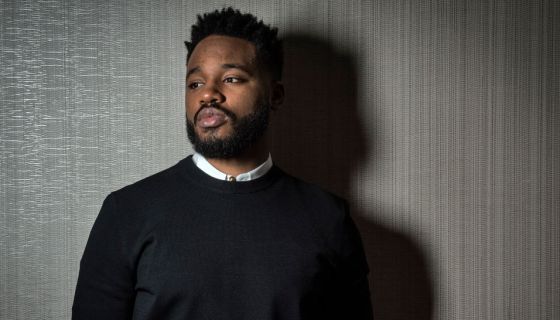 Someone Find The Teller: 5 Reasons Ryan Coogler May Have Needed To Withdraw His $12K In Cash

Award-winning director and filmmaker Ryan Coogler was mistaken for a bank robber in Atlanta back in January. Reports detail that two Atlanta officers responded to a bank hold up call at the Bank of America where the Black Panther director wanted to discreetly withdraw $12k.

What could Coogler have needed $12k in cash for?

According to a report from the Atlanta Police Department, two officers responded to a bank hold-up call at the Bank of America at 1280 West Paces Ferry Road on Jan. 7. The officers first confronted a man and woman parked in front of the bank inside a black Lexus SUV, who were waiting for Coogler to finish making a transaction.

The two cooperated by giving he police a description, which police said matched the description of a “possible suspect” who the 911 caller (the bank teller) said was attempting to rob the Bank of America.

Police proceeded to handcuff and detail the man and woman in the back of police control cars before they handcuffed and walked the famed movie producer out of the bank.

The police report mentions Coogler came to withdraw over $10,000 from his account by writing a note on the back of a withdrawal slip in an effort to practice discretion (because he is a high-profile celebrity and it is Atlanta, where crime has been on the rise).

This entire incident put Coogler, other Bank of America employees and customers at risk. What sane bank robber shows their ID?

Coogler explained he was trying to pay a medical assistant that works for him who prefers to be paid in cash.

“Every time I make a withdrawal to pay her because it’s a large amount,” he said, “If I don’t write down on a note how much I want out — and I don’t want it ran through the money counter right there at the desk — the whole bank ends up looking at me.”

Coogler goes on to express that he doesn’t feel safe getting large sums of money out publicly, and he’s often requested money in a similar fashion.

He recently told TMZ, “This situation should never have happened. However, Bank of America worked with me and addressed it to my satisfaction, and we have moved on.”

Bank of America shared a statement to 11Alive: “We deeply regret that this incident occurred. It never should have happened and we have apologized to Mr. Coogler.”

Someone find the bank teller immediately and put some respect on Ryan Coogler’s name!

Detroit Emcee Isaac Castor is Taking the “Gloves Off”