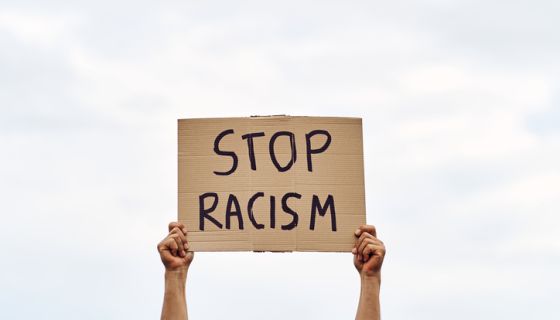 WSPA news anchor Amy Wood and her family are under fire after Wood’s daughter Gracie was caught, on-camera, saying some despicable things. Gracie’s father Mike Wood is also a Spartanburg County magistrate judge, with the power to make minorities suffer under the guise of “justice,” so prayers up for South Carolina.

In the footage, first posted by the @saucecarolina IG account reportedly, the 17-year-old Oakbrook Preparatory School student tells her friends all “Mexicans and Middle Easterners” want to do “is kill people.” When asked how she feels about Africans, Gracie screamed “Kill them!” and suggested those in power “blow up the whole continent of Africa.” When asked about Germans, her response was “Y’all are Nazis, but since y’all hate gay people and Black people, I support.” She then proceeded to give what’s known as a Nazi salute, while shouting “Hail Hitler” and insisting Hitler was “a pretty quality man. And he went out the right way by killing himself.”

Gracie went on to say that all Black people look like monkeys. She also listed all of her “favorite slurs.”

After the footage began making its rounds on social media, her mother Amy Wood came forward with a statement. While she does apologize for her daughter’s disgusting comments, Amy also blames alcohol and Gracie’s friends in the same breath, saying that her family has never “tolerated racism or hate in any fashion.” But social media is of the opinion that the young girl had to learn all of that somewhere.

“I want to apologize on behalf of my daughter and our family for the horrific, disgusting, and vile things my daughter said on the videos so many of you have seen. We know the words spoken have caused terrible pain and we are heartbroken over this, since we have never tolerated racism or hate in any fashion. We stand completely opposed to any behavior that diminishes anyone. I’ve been a people person my whole life and I’ve raised my children to love everyone. There are no excuses for anything on that tape. Gracie has been a champion for rights and equality at her school. This party at someone else’s home provided the perfect opportunity for so-called friends to bait a very intoxicated 17-year-old to say things that are in direct conflict with the way she has led her life. This is not Gracie‘s heart and this is not our heart. We will be working to learn from this and grow even stronger in our beliefs of equality and inclusion. To anyone who has been hurt, we offer our sincerest apology and ask for your forgiveness.”

If you look at the comments, you’ll see tons of yt folks sending prayers as though the Woods are the victims in all of this — but we’re not surprised. Oakbrook Prep has also released a statement, according to Yahoo!:

“We have been made aware of recent statements made by an Oakbrook student. While these statements were made off campus in a non-school related event, we find these comments and the behavior of those involved offensive and extremely disappointing. The statements made are not reflective of Oakbrook’s mission and core values, which are academic excellence, character, community, creativity, and diversity. As advocates for all God’s people, we strive to create a community that is respectful and inclusive based on Biblical principle and appreciates the richness of different cultures and viewpoints. Our school leadership is prayerfully considering actions that we can take to reinforce our core values, enable our students and staff to learn from this experience, and promote a caring environment where everyone in our community feels respected and valued.”