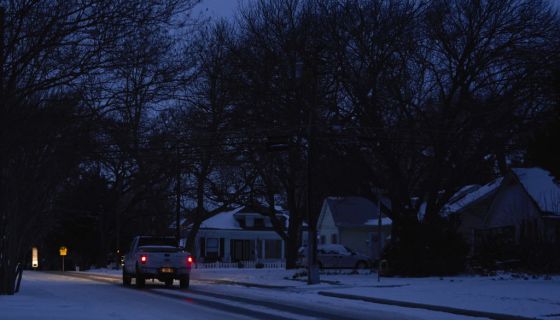 Texas is in an extremely dangerous situation as a rare snowstorm, the state was not prepared for, hit.

Most residents have been without power and water for days. Several deaths in connection to the storm have also been reported already, as folks try to stay warm in literally freezing conditions. Not to mention, the country is still riding the pandemic out. Even with knowing all that, idiotic Texas mayor Tim Boyd reportedly went on a distasteful rant via Facebook. While he later apologized and announced his resignation, according to reports, Boyd initially blasted his constituents for wanting “handouts” during these unprecedented times.

“No one owes you or your family anything; nor is it the local governments responsibility to support you during trying times like this! Sink or swim, it’s your choice! The City and County, along with power providers or any other service owes you NOTHING! I’m sick and tired of people looking for a damn hand out!,” Boyd wrote, according to screenshots floating around the internet.

ALSO: 2021 Has Entered The Chat | A List Of The Most Viral Moments From January

He didn’t stop there, as he went so far as to say that only the strong will survive the storm, while the “weak will perish.”

“If you don’t have electricity you step up and come up with a game plan to keep your family warm and safe. If you have no water you deal with out and think outside of the box to survive and supply water to your family. If you were sitting at home in the cold because you have no power and are sitting there waiting for someone to come rescue you because your lazy is direct result of your raising! Only the strong will survive and the week [sic] will perish.”

Read his statements in full over at KTXS.com. In his apology, Boyd explained people have been harassing his family. He said he didn’t put much thought into how he worded his rant, adding he would never want to see the elderly or anyone in “true need” hurt. Boyd also revealed he’d already turned in his resignation and hasn’t signed up to run for mayor again, as the deadline was February 12.

See some pretty disturbing videos, showing and describing the conditions in Texas, below.

ALSO: Rosa Parks | 13 Regally Rare Images Of The “Mother Of The Movement”

Shocking! 😱 Turn up the volume!

Pipes busted from freezing. (Denton, Texas)
Please, If you are in Texas and you have not done so, let a couple of faucets drip until the freeze is over! #TexasFreeze #TexasBlackout #TexasWinterStorm2021 pic.twitter.com/Hc00NqnXsH

Please keep Texas in your prayers at this time.