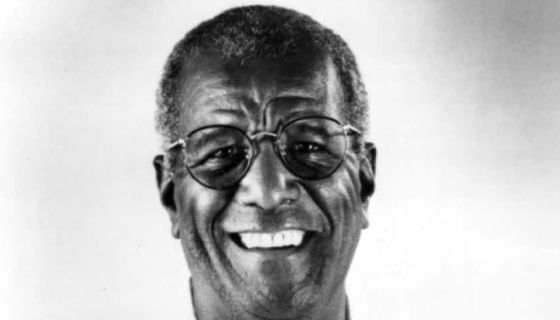 he rise and fall of Wally Amos, who founded Famous Amos cookies, is an unexpected story of great success and tragic downfall. Amos founded the cookie company in 1975 and things just didn’t go as planned. Read more about Wally Amos’ story inside.

When Wally Amos first developed Famous Amos cookies in 1975, the brand became one of the most unlikely success stories in food history. His rise serves as the most infamous cautionary tales for aspiring entrepreneurs. At the time, Mr. Amos challenged the barriers of entertainment as a Black man and went on to create a flourishing cookie empire.

Who Is Wally Amos?

Wally Amos, Jr. was born in Florida in 1936. He moved to New York City’s Harlem at age 12 to live with his Aunt Della. Amos dropped out of high school, but earned his G.E.D. while serving in the Air Force.

In 1957, he returned to New York and joined the William Morris Agency, where he worked his way up from the mailroom to become the first black talent agent in the industry. Amos headed the rock ’n’ roll department, where he signed Simon and Garfunkel and worked with Motown megastars The Supremes, Diana Ross, Sam Cooke and Dionne Warwick.

When a new job opportunity in Los Angeles backfired, Amos grew disillusioned with show business. He began baking cookies using his Aunt Della’s recipe. “Cookies were a hobby to relieve stress,” says his son Shawn Amos, musician, and author of Cookies & Milk. Hollywood tastemakers began to take notice: “I’d go to meetings with record company or movie people and bring along some cookies, and pretty soon everybody was asking for them,” Amos told The New York Times in 1975.

How did Famous Amos came about?

The Famous Amos brand got backing from celebrity investors like Marvin Gaye and Helen Reddy, who gave Amos $25,000 toward his new business. The grand opening was a star-studded gala with over 1,500 people in attendance. “Famous Amos” was the real star of the brand, appearing on packaging and merchandise in his signature straw hat and embroidered cotton shirt. Success came swiftly as The Famous Amos Cookie Company sold $300,000 worth of cookies its first year and was making $12 million in revenue by 1982.

“The concept of a zero-preservative, craft-made cookie was uncommon,” says Jesse Szewczyk, author of Cookies: The New Classics.

Amos envisioned his cookies in luxury retail stores over the usual local supermarket. He began distributing Famous Amos cookies in luxury retailers like Macy’s and Bloomingdale’s. Amos even appeared in the Macy’s Thanksgiving Day Parade from 1977 to 1981. “Amos elevated a product that was seen as an everyday item into a gourmet experience,” says Szewczyk.

Keeping the “famous” in “Famous Amos,” the entrepreneur made guest appearances on hit TV shows like The Jeffersons and Taxi. Amos held a holiday block party where celebrity guests included Andy Warhol and Muhammad Ali. “Food is part of pop culture, much like fashion,” Szewczyk says.

The Competition Sweeps In

Famous Amos Cookie Company was the first premium chocolate chip cookie. It quickly led to competition, and the rise of brands like Mrs. Fields’ Original Cookies and upmarket product lines from Duncan Hines and Nabisco began chewing away at Amos’ market share.

Amos struggled to keep up with the brand’s rapid growth. By 1985, Famous Amos reported a $300,000 loss on sales of $10 million. “He wasn’t a businessman. He was an amazing marketer and had great promotional instincts. But he made a lot of bad decisions,” his son says.

Amos continued to raise money while diluting his own equity. At one point, he lost his home. In 1985, Amos sold a majority stake to Bass Brothers Enterprises for $1.1 million.

Where Is Famous Amos Now?

“I was stupid, plain and simple. I sold the company and didn’t realize I had sold my future along with it,” Amos speaks of his decisions.

That year, Wally Amos launched Wally Amos Presents hazelnut cookies. He was promptly sued for trademark infringement and forbidden from using his own name and likeness. Amos decided to change the brand’s name to Uncle Nonamé. It filed for bankruptcy in 1996.

In 1999, Amos signed a deal with the new owner of Famous Amos, Keebler, to act as spokesperson. He said yes on the condition that they craft the recipe closer to the original. “It was bittersweet,” says his son. “He was happy to be back in the center of the brand he started, but he also had a hard time accepting the fact that at the end of the day, he was just a paid spokesperson.”

Amos soon left again—this time for good. He pivoted to muffins with Uncle Wally’s Muffin Co. and opened a bake shop in Hawaii. Amos wrote multiple books about his experiences, including Man With No Name: Turn Lemons into Lemonade, The Famous Amos Story: The Face That Launched 1,000 Chips and The Power In You.

Amos is a literacy advocate despite his limited schooling. He was granted a National Literacy Honors Award by President George H.W. Bush.

Amos is also a serial entrepreneur. Most recently, he appeared on “Shark Tank” at age 80 pitching “The Cookie Kahuna,” a business that eventually failed.

In 2017, he launched a GoFundMe announcing he was struggling to pay for food, gas and rent. Yet his legacy as a barrier-breaking entrepreneur remains.

The Famous Amos shirt and hat are currently on display at the Smithsonian National Museum of American History.

Check out a post by digital creator, @talk2pops, highlighting Wally Amos’ story below: