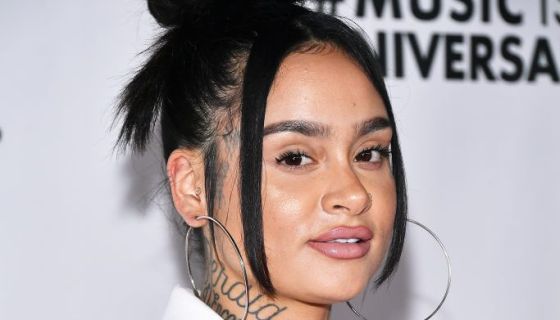 On the first episode of Apple Music’s new radio series, R&B Now with Nadeska, the Everyday Struggle host is joined by Kehlani, who is getting ready to release her sophomore album, It Was Good Until It Wasn’t.

Throughout their conversation, the two get fans ready for the project’s May 8th release, discussing why this album is Kehlani’s favorite so far, what it was like working with Tory Lanez and Jhené Aiko and how none other than Drake played a big part in her figuring what to call the project.

The name of her album (along with its incredible cover) has been receiving a lot of praise over the past week, which prompted Nadeska to ask how she came up with the title. That’s when Kehlani responded, “Well, I didn’t come up with it.”

“We had went to Canada to finish our, I always say ‘our’ album because I fuck with my team so heavy, like, it was me, my videographer, my little play brother that I co-write with, my assistants,” she started. “So, I went to go finish the project, and the last day we went with Boi-1da and ended up going to Drake’s house.”

That right there is the magic of Drake, ladies and gentlemen.

Listen to the first episode of R&B Now with Nadeska with special guest Kehlani in its entirety on Apple Music over here.