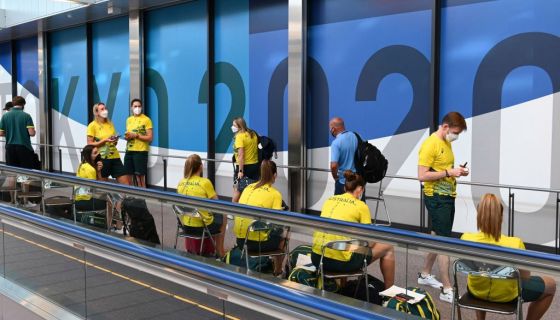 The Tokyo 2020 Olympics is approaching, and anything one could imagine has gone wrong. From Sha’Carri Richardson being withdrawn from the US team after testing positive for marijuana to tennis star Coco Gauff testing positive for Covid-19, this year’s olympic trials seems to be a living nightmare. Onlookers believe it may have been best to postpone the event another year, especially considering how much money Tokyo will ultimately lose without spectators.

Japan announced that the Summer Olympics would not allow any foreign spectators due to the impending pandemic. According to WalletHub reports, the country is losing far more money than they are gaining from hosting the event. It is estimated to cost over $26 billion to host the olympics. In order to meet appropriate coronavirus countermeasures, Tokyo will spend roughly $900 million.

Most countries look forward to the influx of tourism during the Olympic trial events, which subsequently brings in a substantial amount of capital to the government and its citizens. However, Tokyo is actually losing $15 billion since barring overseas spectators and initially limiting the number of domestic fans to 50% of the capacity. Now, the Olympics will be held without fans all together. The decision was made by Olympics Minister Tamayo Marukawa, who made the announcement after meeting with International Olympics Committee members and local organizers on July 8.

Despite over 80% of Japanese citizens who would prefer the Olympics be canceled or postponed yet again as the coronavirus pandemic continues to roll on, the event is set to begin in a few days from July 23 to August 8. There are new variants of the virus appearing across the world, and still, the show must go on.

There are a lot of firsts happening with this year’s Olympics. This will be the first time the Olympics will use artificial intelligence to manage security features, with the ability to accurately verify the faces of 230 million people in one second according to statistics found by WalletHub’s reports. The rise in technology may explain why there will only be roughly 44,000 security personnel working with the Tokyo Games, which is roughly half the number of people who worked during the 2016 Rio Olympics.

The only good deed that has come from the 2020 Olympics thus far is this adorable video featuring Olympic star athlete Usain Bolt and these little tots advertising the “National Baby Trials.”

Will you be tuning into the Tokyo 2020 Olympic Games this week?