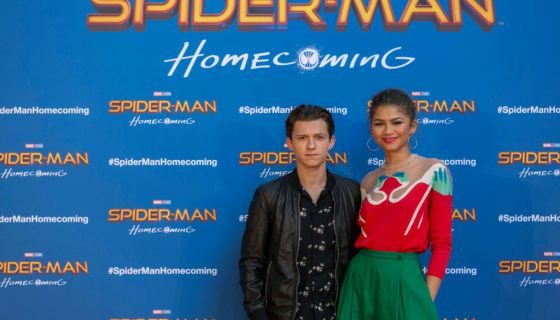 Ever since they first starred together in Spider-Man: Homecoming back in 2017, Tom Holland and Zendaya have been the best of friends. While fans always wanted them to date in real life, given their onscreen chemistry, they insisted there was nothing between them…until cameras caught them kissing during a car ride through Los Angeles a few months back.

With Zendaya’s birthday approaching, fans were already anticipating Holland’s birthday message to her, since they both post about one another each year on their respective days. And today, September 1, Tom more than delivered on his post for his Spider-Man costar, writing a short post that managed to get everyone freaking out.

Holland referring to his rumored  girlfriend as “My MJ” not only garnered almost 12 million likes in just a few hours, but got the phrase trending on Twitter.

This photo and caption combination, on its own, is already adorable, but the comparisons being made to Tom’s previous birthday posts have his followers all the more excited. As pointed out by many on Twitter, the actor previously referred to Zendaya as “mate” in his posts for her in 2018 and 2019, making the graduation to “My MJ” that much more precious.

Since Zendaya has always kept her personal life–especially her relationships–private, fans will take whatever  they can get when it comes to her real life romance with Holland. But since they were already seen publicly, both kissing and attending a wedding together, we could be close to their red carpet debut as a couple.