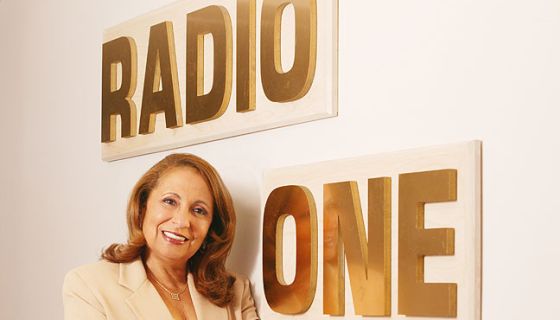 Urban One Celebrates 42 Years Of Serving The Black Community

Source: Radio One / Radio One

On Saturday (October 2), WOL News Talk 1450 in Washington D.C. celebrated its 42nd anniversary – a moment which showcased the perseverance and tenacity of its founder, Urban One maven Cathy Hughes.

The radio station, which serves the D.C. area with today’s news, politics and community events, was the first station in the Urban One family. Currently, the company has stations that stretch from D.C. to Atlanta, Baltimore, Charlotte, Cincinnati, Cleveland, Columbus, Dallas, Houston, Indianapolis, Philadelphia, Raleigh and Richmond.

In a post on her official Facebook account Monday (October 4), Hughes wrote, “Thank you GOD for 42 years of blessings and we pray for 42 more. This was then and this is now! Happy anniversary WOL News Talk 1450!”

Founded on October 2, 1980, Urban One was the brainchild of Hughes by taking the power of radio and focusing it squarely on the Black community in heavily Black populated cities across the country. Soon the reach of Urban One would expand into a television network (TVOne) and land a partnership with Reach Media bringing talent such as Rickey Smiley and others to even more airwaves nationwide.

Considered by many to be the largest distributor of urban content in the country, Urban One has found a footprint in Black America, from radio to television and more, providing programming geared to listening to and amplifying the voices of the people. In 2019,  the company launched Urban One Honors, a celebration of Black excellence, history makers, change creators and more with honorees including Jamie Foxx, Jermaine Dupri, Missy Elliott and more.

“Cathy Hughes has left an indelible mark on the State of Maryland and inspired millions of listeners across the country,” Senator Chris Van Hollen (D-Md.) wrote. “This titan of the airwaves began her extraordinary career in Omaha, NE, where she worked for a local radio station, KOWH. But it was when she moved to Washington, DC, in 1971 to pursue a job at the Howard University School of Communications that her career took off. While working at Howard, she got involved in the university’s radio program as a station manager. In her first year on the job, she increased the station’s revenue twelvefold.”

The statement continued, “Cathy Hughes has always aimed high, and when she learned that the local D.C. radio station WOL was up for sale, she seized the opportunity. After being denied a loan 32 times, she finally received the bank financing she needed. So she purchased WOL, founded her own media company, Radio One, and quickly soared to new heights. Cathy Hughes revolutionized radio by rebuilding WOL from the ground up, literally, and brought on grassroots volunteers from the neighborhood to develop her station’s headquarters on H Street and 4th Northeast, just a short walk from the U.S. Capitol. Her innovative broadcasts captured the attention of the African-American community and attracted a wide audience of devoted listeners.”

Urban One Celebrates 42 Years Of Serving The Black Community was originally published on blackamericaweb.com

Alessia Cara tells Apple Music about her love of Amy Winehouse and Hayley Williams, how Drake put Toronto on the map, and more

The Daily Grind Video CLOSE Halloween brings out all the things we love and hate about the holiday: tasty treats, creepy

Alec Baldwin Accidentally Fires Prop Gun On Set Of ‘Rust,’ Killing One And Injuring Another [Details]

The Daily Grind Video CLOSE Source: Mark Sagliocco / Getty In what is being reported as a horrible accident, one crew member