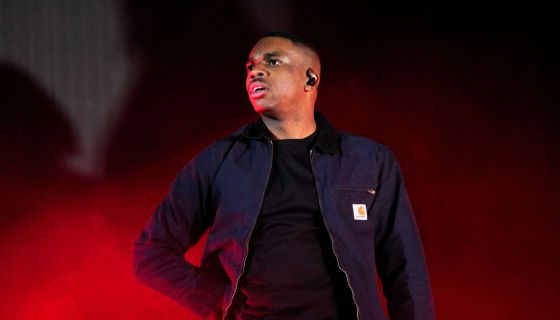 Vince Staples is officially going Hollywood, taking his talent from music to the small screen for a new Showtime series.

According to reports from Variety, Showtime’s upcoming comedy pilot, which is based on the 1999 film The Wood, has set its main cast. In addition to the Summertime 06 rapper, Xavier Mills, Karen Obilom, Melvin Gregg, and Essence Renae will star in the pilot, with Richard T. Jones and Tamala Jones reprising their roles from the film.

The writer and director of the original film, Rick Famuyiwa, will direct and executive produce the pilot, which was ordered at Showtime in August 2021.

Per Variety, the show is described as “an honest look at friendship and dating from the perspective of three young Black males born and raised in the gentrifying L.A. suburb of Inglewood. The trio’s struggles to balance fatherhood, ambition and loyalty force them to question if they are growing apart, or closer together.”

Staples will star in the series as Jamal, an aspiring photographer from Ladera Heights who has been cut off by his upper-class family after he decided not to go to Morehouse College. One of Staples’ only acting credits was on Famuyiwa’s 2015 film Dope, serving as a reunion for the rapper/actor and the director.

As of now, there’s no premiere date set for the upcoming series.

Experience A Walk Around LA With Boy Pierce