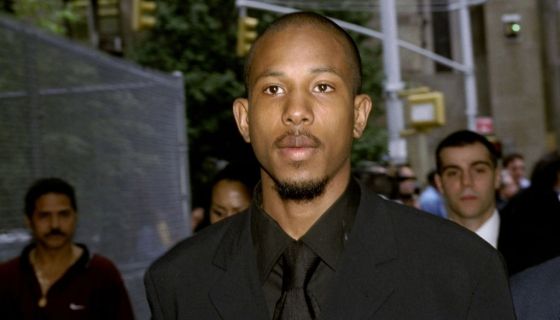 Shyne was elected as an official government leader in Belize last November. As of June 2021, he was appointed to Leader of the Opposition, having quickly ascended to that prominent post after serving for less than a year in the country’s House of Representatives. With incumbents opposed to his win, government officials are calling for a new 11th Amendment to Belize’s Constitution, which would prevent citizens from running for office if they were convicted of a crime.

“My hope is that my story, my journey — from Belize to Brooklyn, to the top of the Billboard charts, Grammy Awards, to incarceration and to the House of Representatives and the Leader of the Opposition — can serve as an inspiration for today’s youth,” said Shyne Barrow, Belize House of Representative. “I want those who have been indoctrinated to believe there’s nothing else out there besides gangsters and gangbangers, to know that there is hope and opportunities for them.”

Shyne was once considered Diddy’s protege with a successful trajectory in music and entertainment in the late 90s. His conviction put a monkey wrench in his plans with Bad Boy Entertainment, but his resilience to change his life and the lives of his Belizean citizens is commendable.

In an effort to further amplify Black voices on a global scale, REVOLT will air a special episode of REVOLT Black News to bring awareness to the country’s injustice against Shyne. In the episode hosted by Rodney Rikai, Shyne alongside celebrity guests and politicians from the United States and Belize, discuss Belize’s current attempt to silence democracy with their policy changes.

“Shyne is a man that transformed his life and should be celebrated for becoming a symbol of hope, not villainized and punished for a moment in his past,” said Sean Combs. “Shyne has earned the right to have this opportunity and proven he’s qualified, so the rules shouldn’t be rewritten just to deny him that chance.”

CEO of REVOLT, Detavio Samuels shares the network’s mission, “REVOLT is committed to telling global stories that reflect the collective fight for freedom and justice across the diaspora. We created REVOLT Black News to be a flagship program that can deliver truth and valuable perspective in critical moments like this to prove our news has the power to ignite real change in the world.”

The network aims to put Black culture on a global stage to uplift the community and encourage social justice reform. This special sheds light on the important conversation happening within the community while showcasing the influence of global Black power from political and entertainment figures like Shyne.

The episode is available on REVOLT’s YouTube channel.  Highlights from the episode appeared on the network July 15th within a new episode of REVOLT Black News. Watch the episode featuring Shyne Barrow’s story below.