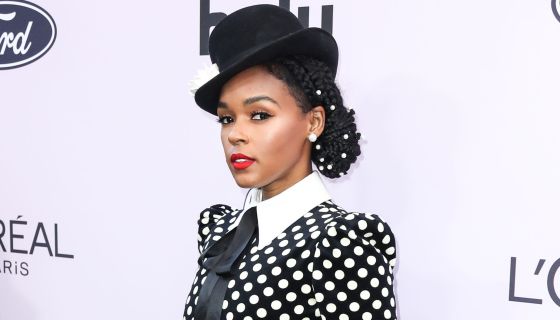 The trailers for Lionsgate’s upcoming movie, Antebellum, will leave you with ALL the questions.

The description for the movie reads:

“Successful author Veronica Henley (Janelle Monáe) finds herself trapped in a horrifying reality and must uncover the mind-bending mystery before it’s too late. ANTEBELLUM is a terrifying new thriller from the producer of the acclaimed films GET OUT and US, and groundbreaking directors Gerard Bush and Christoper Renz (Bush+Renz) – an exciting new voice in filmmaking.”

So far, trailers for the movie have involved plantation images and Janelle Monáe giving off scary looks, which would naturally happen considering THE SETTING IS A PLANTATION.

The teaser trailer alone, which was released in November 2019, shows what appears to be a slave running from a white man on a horse. But soon enough, the trailer cuts to an airplane flying over the plantation and then it cuts to scenes that appear to take place in modern times.

Again I ask….WHAT IS THIS?!

Things get even more interesting with the latest trailer released on Wednesday. In the opening, Monáe seems to have a kid and a significant other, and they seem to be living abundantly with soft white sheets on the bed and lush open fields to run in.

But then BOOM, slavery times.

What is truly going on?

Antebellum is scheduled to hit theaters on August 21. It was originally scheduled for an April release, but of course, the coronavirus pandemic ruined everything. Hopefully, things will be more contained and the proper safety measures will be taken before Antebellum is released in August.

The Daily Grind Video CLOSE Source: KAZUHIRO NOGI / Getty The Tokyo 2020 Olympics is approaching, and anything one could