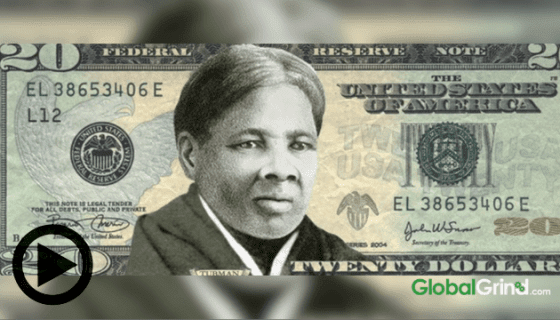 What Would Tubman Want: Biden Administration To Expedite Tubman $20 Bill

The Biden administration is looking to expedite getting abolitionist Harriet Tubman on the twenty-dollar bill. The decision to replace Andrew Jackson with Tubman on the note was set forth in 2016 and later stalled by the Trump administration. President Joe Biden has swiftly began cleaning up the mess left behind and moving forward with the country’s unfinished business.

Harriet Tubman deserves to be “where the money resides!” https://t.co/cqCwW4PKcK

The White House press secretary Jen Psaki said, “The Treasury Department is taking steps to resume efforts to put Harriet Tubman on the front of the new $20 notes.” She also said that it is important that the country’s money “reflect the history and diversity of our country, and Harriet Tubman’s image gracing the new $20 note would certainly reflect that.”

Since the five-year delay, people have had plenty of time to reflect on the change. Some wonder If Harriet Tubman would have wanted this for herself. Her face plastered on a bill that celebrates capitalism. A bill that sits between White dead presidents. The same dead presidents that once enslaved her and her people. The gesture created by Obama’s administration in 2016 was a valiant effort, but not top priority amongst America’s many other problems at the moment.

Harriet Tubman would want us to have our $2,000 first https://t.co/bSNfBej63x

America: Let’s put your Black ancestors’ faces on money you don’t have.

However, if Harriet Tubman does end up on the twenty-dollar bill, she would make history as the first Black person to be placed on U.S. currency. The discussion of placing Tubman on the bill came in the form of a 10-month review by Obama’s administration, which solicited suggestions from the public on who should be on the face of a newly redesigned $20 bill.

Donald Trump often praised the work of Andrew Jackson and talked about fashioning his presidency after him.

The Obama administration announced their decision to replace Andrew Jackson with Harriet Tubman. Meanwhile, the Trump administration said in 2019 that the change would be delayed until at least 2028 because of “technical issues.”

According to press secretary Psaki, the White House is “exploring ways to speed up that effort.”

Are you excited to see Harriet Tubman as the new face of the twenty-dollar bill? Black History Month is underway. This change would be a lovely twist of current events. We would like to see it.

Atlanta rockstar Mario Judah has his way with cheating ex in ‘I Cannot Love You’ visual: Watch