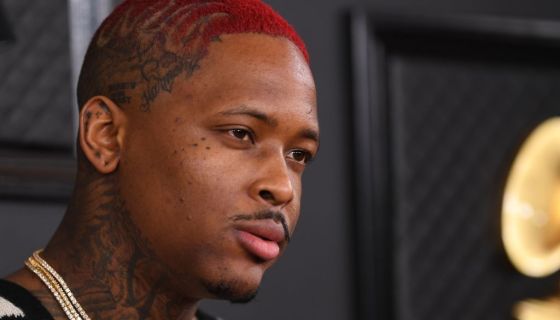 As the days go by, more and more celebrities are coming forward and using their influence to speak on the murder of George Floyd. Over the course of the past week, protests have spread throughout multiple countries in the United States, even extending to other countries as tensions rise over racial injustices, only further emphasized by Donald Trump’s refusal to acknowledge why this movement is happening.

Now, YG is adding his two cents on the matter, letting people know how he feels the best way he knows how: through music. After the wild success of his collaboration with Nipsey Hussle, “FDT (F**k Donald Trump),” which became a protest anthem during the 2016 presidential election, the Bompton rapper has a new song for the movement we’re in the middle of right now.

On Tuesday, YG dropped a new anthem, “FTP (F**k The Police)” in an effort to let the people know how he feels by any means necessary.

This release comes after a protest the California native was organizing in Los Angeles got canceled over fear of people getting hurt. He said the following in an Instagram post before dropping a link to his new song:

“I’m not trying to get none of my people hurt or shot so I’mma cancel the date. It’s f**ked up but I’m gonna come back bigger and better. I’m partnering with Black Lives Matter and we gonna do this s**t the right way. For the people, for the city, and for all the artists that wanna pop out and participate.”

Check out YG’s latest anthem, “FTP” down below: