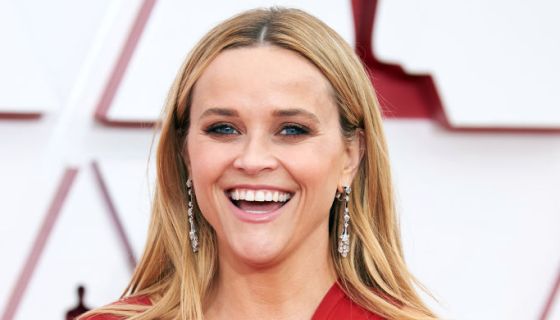 You Go Girl: This Popular Actress Is Now The Richest In Hollywood

Reese Witherspoon is now the richest actress according to Forbes. The publication estimates Witherspoon is now worth $400 million following Monday’s (August 2) news that a media company backed by Blackstone is purchasing a majority stake in her production company Hello Sunshine.

Witherspoon’s production company Hello Sunshine was founded in 2016 to help tell women-driven stories. The deal is valued at $900 million due to the huge success of hit shows like Big Little Lies, The Morning Show and Little Fires Everywhere.

Hello Sunshine has also announced a favorable pipeline of adaptations of popular books that made the deal even sweeter for the company’s newest stakeholders. The new media firm will be run by former Disney executives Kevin Mayer and Tom Staggs, who bought out the production company’s existing investors, AT&T and Laurene Powell Jobs’ Emerson Collective. The new buyers will also have a piece of Witherspoon’s stake.

For Witherspoon’s bossiest move yet, she will retain an ownership stake of at least 18% and will collect an estimated $120 million, after taxes, from the sale of about half of her preexisting roughly 40% stake in the company.

The rest of the actress and producer’s fortune stems from her earnings, after taxes, in her expansive 30-year-long career. She became one of Hollywood’s wealthiest stars earning nearly $1 million an episode for her television work.

Witherspoon racks in $1.2 million per episode for producing and starring in Apple TV+’s The Morning Show, according to industry insiders. The popular actress can demand millions more for film roles. She is also earning top-dollar for her commercial work for companies like Crate & Barrel. and millions more for film roles. Witherspoon is also a popular endorser, earning top-dollar for her work in commercials for companies like Crate & Barrel.

Hello Sunshine has countless projects in development, including the forthcoming Netflix series From Scratch, starring Zoe Saldana, and Apple TV+’s The Last Thing He Told Me, starring Julia Roberts. In film, Hello Sunshine is adapting the best-selling novel Where the Crawdads Sing.

Mayer and Staggs foresee Hello Sunshine becoming a cornerstone in media. As streaming grows expeditiously, the executives pounced at the sight of capitalizing on Hollywood’s demand for inclusive and diverse content featuring some of the industry’s leading talent.

Be sure to stay tuned for more from the newly acquired Hello Sunshine and Hollywood’s richest actress and producer, Reese Witherspoon.