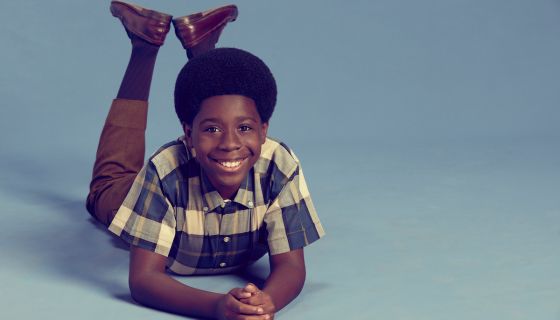 Tonight is the night!

Global Grind’s Sr. Content Director Janeé Bolden spoke with “The Wonder Years” star Elisha “EJ” Williams about his role as Dean Williams on the new ABC reboot, which premieres this week. EJ talked about the challenge he’d be taking on of portraying an adolescent boy experiencing perhaps the most awkward phase of his life during a tumultuous time in history.

While Williams said he’d like to think he was prepared for the role, he admitted he was treating the entire experience as a “surprise party.”

Williams also spoke about the way many topics on the show — such as the assassination of Dr. Martin Luther King Jr., parallel current social strife in the United States. He spoke about his own experiences growing up in an America where the police killing of George Floyd has been at the center of a movement to end the misuse of force by law enforcement, saying “It was surprising of what they did, but it wasn’t a, ‘Why would they do this?’ It was an I’ve seen this before. ‘

EJ also spoke about his wardrobe and hair for the show, revealing that his afro style is one he embraced before being cast as Dean Williams but saying giving up his clothing for styles from ’68 was the true sacrifice.

Check out the interview below: