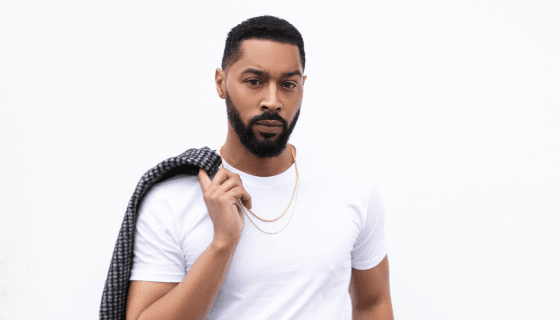 The United States vs. Bille Holiday took film by storm late last month, as singer Andra Day tackled the task of telling the late jazz pioneer’s remarkable story. It was Day’s acting debut and she did incredibly well in the lead role.

The film brings clarity to the life and times of Billie Holiday, whose song “Strange Fruit” confronted White America’s disgusting practice of lynching Black Americans. In an effort to silence the outspoken musician, the FBI harassed Holiday and used her drug addiction to undermine her career, influence, and throw her in jail. The Lee Daniels-directed film sets the record straight in two tense, heartbreaking, and inspiring hours, as viewers learn Holiday was a victim of sexual trafficking at just 13 years old and more. In addition to being harassed by the FBI as an adult, Holiday went on to endure several abusive and dysfunctional relationships with the men who managed her career, one of whom was John Levy, flawlessly portrayed by comedian and actor Tone Bell in the film.

Ahead of The United States vs. Billie Holiday‘s official release, Bell took a few moments to chat with Global Grind about the late jazz legend, her iconic single “Strange Fruit,” what it was like to film with Andra Day, what it took to channel manager and Ebony club owner John Levy, and much more. Get into our conversation below.

“It’s wild to see Andra — somebody who doesn’t smoke or drink, somebody’s whose music is for the most part known to be very inspirational and she’s just this amazing person — to watch her turn into this. It was amazing to watch.”

On feeling nervous before meeting the cast and shedding tears after certain scenes:

“One, you just want to make sure that you fit in because they’ve been shooting for three or four weeks already, so this is already a family. Am I going to be adopted? Are they going to let me in? Andra and I got close really quickly. Our first couple of scenes were the day Andra and I met. Our characters get introduced and we take that ride. It was nice, but definitely difficult. There were some scenes that had us shedding tears afterward.”

On his character John Levy playing a very dark, but essential, role in Billie Holiday’s life:

“I realized how instrumental he is because Billie had just gotten arrested and she lost her cabaret license and [Levy] is a way for her to sing — illegally, but still do the art that she wanted to do. This dude wasn’t the best guy… he’s pimping her, she’s pimping him because she wants to get her message out there. She has that attitude that sometimes sacrifices need to be made.”

“To go to prison for singing — Black and white folks wanted to get together to listen to her, and it still didn’t matter. She couldn’t sing a song,” Bell explained. “[Levy] gave her an opportunity to [sing], while lacing his own pocket. It’s that seedy, dark world of people talking in secret and ‘How can we all benefit from it?,’ but she found a way to get her art out there even when [the FBI] told her she couldn’t. So this guy, Levy, helped her facilitate that, while also taking advantage of her at the same time.”

On accidentally injuring Andra Day during a violent scene:

“There was actually a real injury [on set]. There was a pretty physical part that John and Billie get into and unfortunately [Andra’s] reaction was real because I actually end up, in the heat of scene, I slipped and actually kicked her. I sent her flowers the next day… and we actually became closer after that, but it was definitely a difficult day. They had people that were going to do [our stunts] for us, but her and I felt comfortable enough to do it. We got it done, it was amazing, but hard to watch. It was a dark day. It took me a couple of days to come out of that… it definitely takes a toll. Then, having a real injury… I’m like ‘I hope my girl’s alright!’ But it worked out the way it was supposed to, I believe.”

On Lee Daniels saying Billie Holiday was the ‘Rihanna-meets-Cardi B’ of her generation:

On the power of hearing “Strange Fruit” while watching Holiday’s life story:

“The visual that Suzan-Lori Parks and Lee collaborated on … I don’t think we’ve ever heard ‘Strange Fruit’ with the visual we’re about to see. We’ve heard the song for decades and then to watch the visual go along with it, not in documentary form. You’re watching someone embody the woman who experienced this and I think it’s going to be ingrained in people’s minds. If you hear Kanye’s remix, you’re going to think about Billie Holiday from now on. I think it’s going to be powerful to watch.

“A lot of people are coming into this thinking this is a remake of Lady Singing The Blues. This ain’t your momma’s Billie Holiday, how we’ve seen it before,” Bell notes. “This is a darker version. This is more of the sadness and the strife.”

On who he would like to work with in the future:

“If I don’t get to work with Will Smith one day I’m going to be very upset. I’m such a Will fan. Lupita… I think she’s unbelievable and I would love to work with her also!”