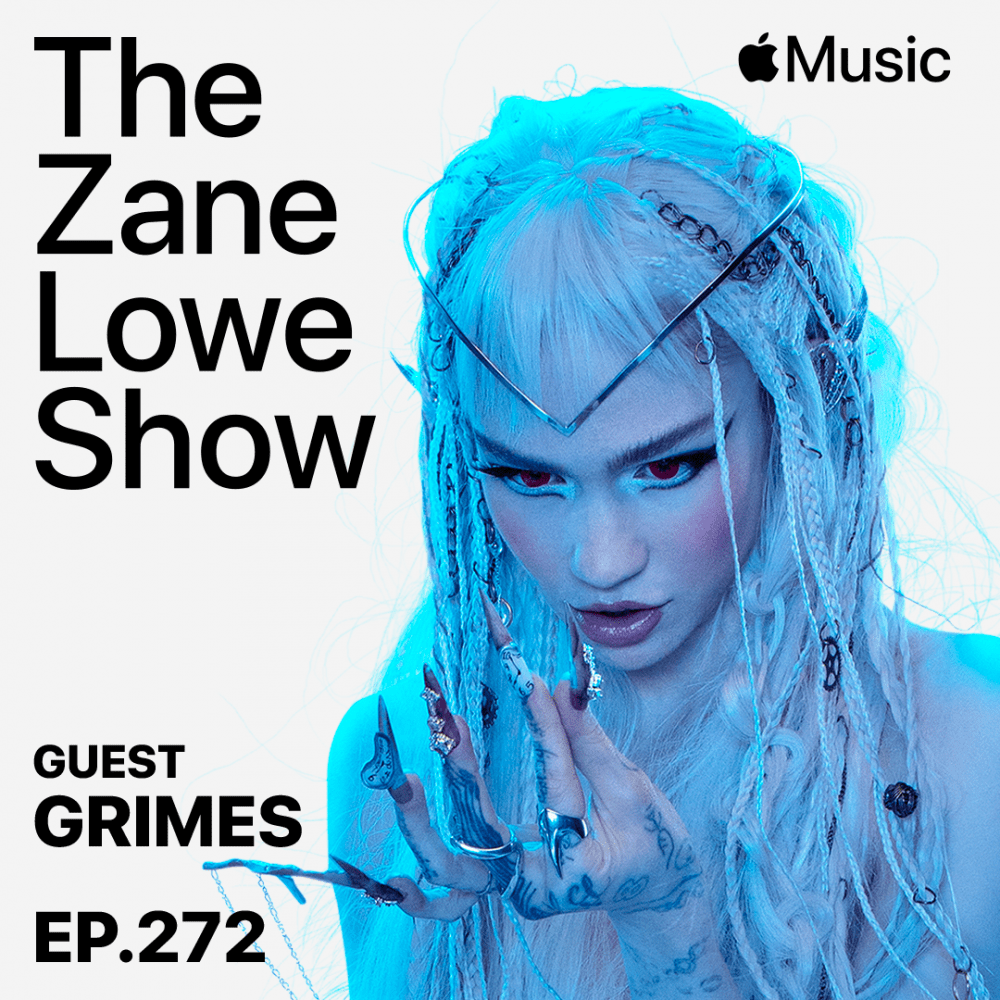 Grimes joins Zane Lowe on Apple Music 1 to discuss new song ‘Shinigami Eyes’, pivoting away from music, finding success with NFTs and exploring fan fiction, how she chooses who to work with, why she might retire from music, the status of more new music on the way, and more.

Grimes tells Apple Music about the origins of ‘Shinigami Eyes’

Well, actually, okay, so this song, I’m not sure what I should say or not say. I always say a bunch of stupid s**t and get in trouble, but either way. This is the label executive decision song. I love the record, but it’s just like, everyone’s like, what’s the deeper meaning? And it’s like, well, Nino Angelo just really had just watched Death Note and really liked it. Basically, I wrote the whole space opera thing and this is the only song that wasn’t this big narrative plot. Anyway, I actually do really like the song. Sorry. I’m just undermining the marketing strategy.

I think I decided that the record needs to be a double album. I made a bunch of stuff and I just want to make a bunch more stuff. There’s just more kind of sonic, conceptual ideas that I think need to get done to make everything make more sense. And we kind of have two album covers and it seems like a waste to throw on one of them away.

I think I’m always looking for the exit. I’m just getting really excited about lots of other things. And every time I’ve gone down some crazy path over the last couple years, it’s been really fun and really successful. And it’s like, the more music feels like a hobby and the more that we’ve got all these other schemes going on… one of the things I really want to do is a decentralized girl group. An open source kind of thing. I’m really against the way copyright works and for everything everyone says about Moby, I do think it’s really cool that his music is like sample. You can just sample his music and it’s just copyright free. And that was like a sick move. And I feel like sort of taking that to the next level. It’s like, some of the most profound art I feel like I’ve seen in the past few years has been fan art and cosplay and just people making shit with properties that already exist.

Or even just, I don’t know, the whole fricking Harry Potter fan fiction stuff or One Direction fan fiction stuff. I just feel like fan fiction is such an awesome thing. And especially as we get more on social media and everything, kind of deconstructing the idea that there’s these special amazing artists and no one’s like that. Humans are insanely talented and there’s insanely talented humans everywhere. And we’ve really gotten to this idea in the modern era that art is this thing that you own. And there’s sort of the sacred, lone artist or whatever. And they’re like, oh, you’re stealing my idea or this or that. I sort of feel like art is kind of the collective imprint of human consciousness. It’s a giant conversation. And it’s an honour to be able to put things into the conversation and you should be allowed to take anything from the conversation as the way we transmit knowledge or anything else. I just sort of think everything should belong to everyone.

Grimes tells Apple Music about returning to a major label, finding success with NFTs, and finding new ways to innovate

The reason I did it is because I wanted more resources to make visual art. But, in retrospect I think the industry is too kind of slow, ultimately for me to stay in the system this way. I will definitely a hundred percent go independent after this and I will never sign to a label again. And that’s not to say… Columbia’s actually been really amazing. It’s funny because I did that NFT thing literally days before I signed to Columbia and I didn’t think… That was before NFT’s were popping and I did not think that would be a big deal. I was like, oh, we might make like 5K, 10K. That would be super sweet. That has enabled me to probably be independent now. And because I want to start doing more interesting stuff. I really care about changing the business and I feel like I’m in a good position now with my team to start trying to do stuff. Not having any copyright, not having any takedowns on my music and all that kind of stuff. As soon as I’m done with Columbia, that’s definitely something that I really care about and also finding ways to innovate within that.

I choose who I work with extremely carefully. The team is very small. I sort of feel like the best tool in the world is another human brain. That’s one thing… I used to be so…. Grimes produces, directs everything myself. No one else can come in at all, never ever, never ever. Then I started working with Angelo and stuff and it was just the greatest experience of my life. Someone said to me, oh, artists kind of have a 10 period where they make their best stuff and then they start falling off. And when I started, because I’ve just never worked with anyone ever and then started working with Angelo, I was like, I feel like this is, my brain is rewiring. I feel like a whole new artist because I’ve just never even done this. There’s this whole other realm of creation that I’ve never even gone into. Control-wise, what I was going to say is, I feel it’s like a tattoo. When I get a tattoo, I choose an artist who is great and then I just let them do what they want. And then it’s a person that you trust and you don’t need to control them because you trust them creatively. And they’re ultimately, I don’t know, it’s like when you’re doing fantasy football or whatever. You just choose your best players. And then you can’t really fail. And then you don’t ever have to control people because there’s excessive creative trust or whatever.

Grimes tells Apple Music why she might retire from making music

One of the reasons why I keep saying I want to retire for music is I feel like music is… The iron grasp is getting really tight. Whereas I feel like in gaming or crypto or all these other things, there’s just this excessive freedom that sort of seems to be increasing. I don’t know. Because they’re newer ideas, there’s just less of a legacy of legal chokehold.

It’s getting easier to make a record. And it’s so easy to make a record for free, essentially, besides the cost of gear in your bedroom and you don’t even need a ton of gear right now. Soft sense and stuff are getting so good. It’s starting to happen in cinema. The iPhones are getting so good, not to be a corporate shill or whatever right here. All this stuff is getting easier and easier and more affordable. And that’s why I’m ultimately a technocrat because I think it’s easier to replace a system than it is to destroy it.

It was actually kind of a beautiful and intense experience even though it was the most Hollywood kind of energy ever. But, I really want to do… If there’s going to be metaverse competition of digital pop stars, I can’t really say no. I got to participate in the camp sometimes. It’s good for the soul.

We’re thinking about maybe taking this song, a couple other songs that don’t fit on the record and doing an EP and just doing that now. Or we’ll just do it in the album, but I definitely don’t want to get caught in a situation where I’m not releasing music for a really long time. 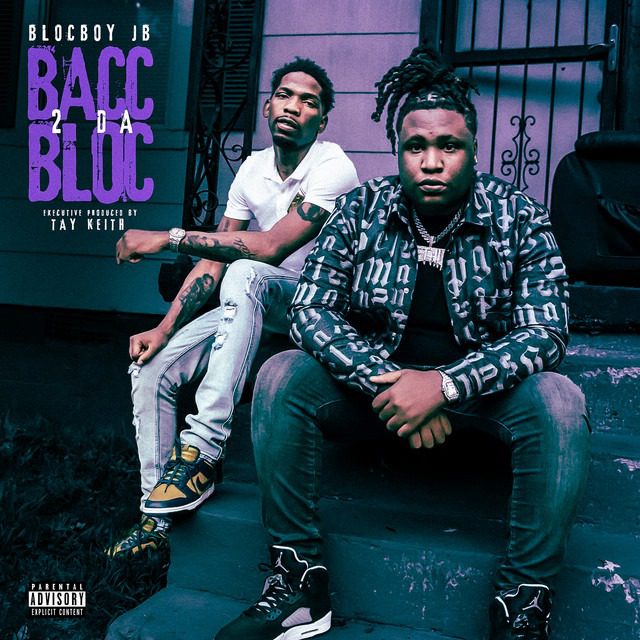 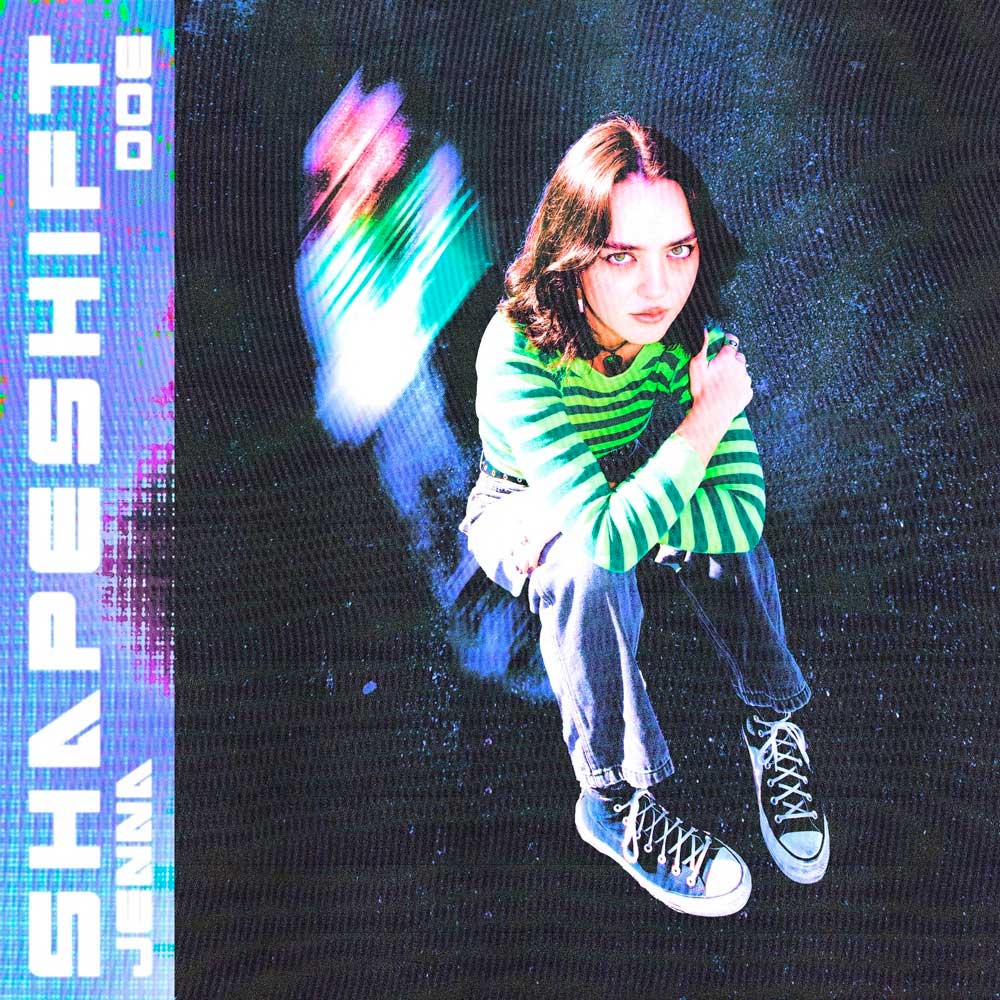