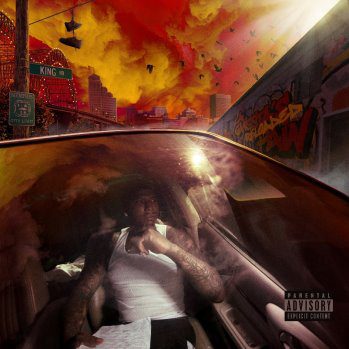 Moneybagg yo release a deluxe version to ‘A Gangsta’s Pain’, along with music video ‘Switches & Dracs’ f/ Lil Durk and EST Gee.

After Lil Wayne made his cameo in the ‘Wockesha’ video, Moneybagg collab with the rap legend for the remix. Alongside Lil Wayne is a long time great, Ashanti, making the record more iconic.

Moneybagg yo came with the heat today as the deluxe album was followed by the visual to soundtrack ‘Switches & Dracs’ featuring Lil Durk and EST Gee. The Jerry production directed the video, was shot in a garage filled with exotic red cars and cameos from other rappers like 42 Dugg, Hotboii, and Big 30.

Hard to say Moneybagg yo’s project ‘A Gangsta’s Pain’ didn’t have the biggest commercial success this year. After the Memphis rapper dropped his 22-track album back in May, it became Gold Certified and was Moneybagg’s first number-one album on the Billboard 200, also selling 110,000 album-equivalent units sold during its first week of release.

Dre A.M. Is All “For The Music” In His New Single