VEVO, the world’s leading music video network, announces the release of Ashnikko‘s live performances of ‘Panic Attacks in Paradise’ and ‘Maggots’. In 2021, Ashnikko performed ‘Daisy’ and ‘Deal With It’ for VEVO DSCVR. 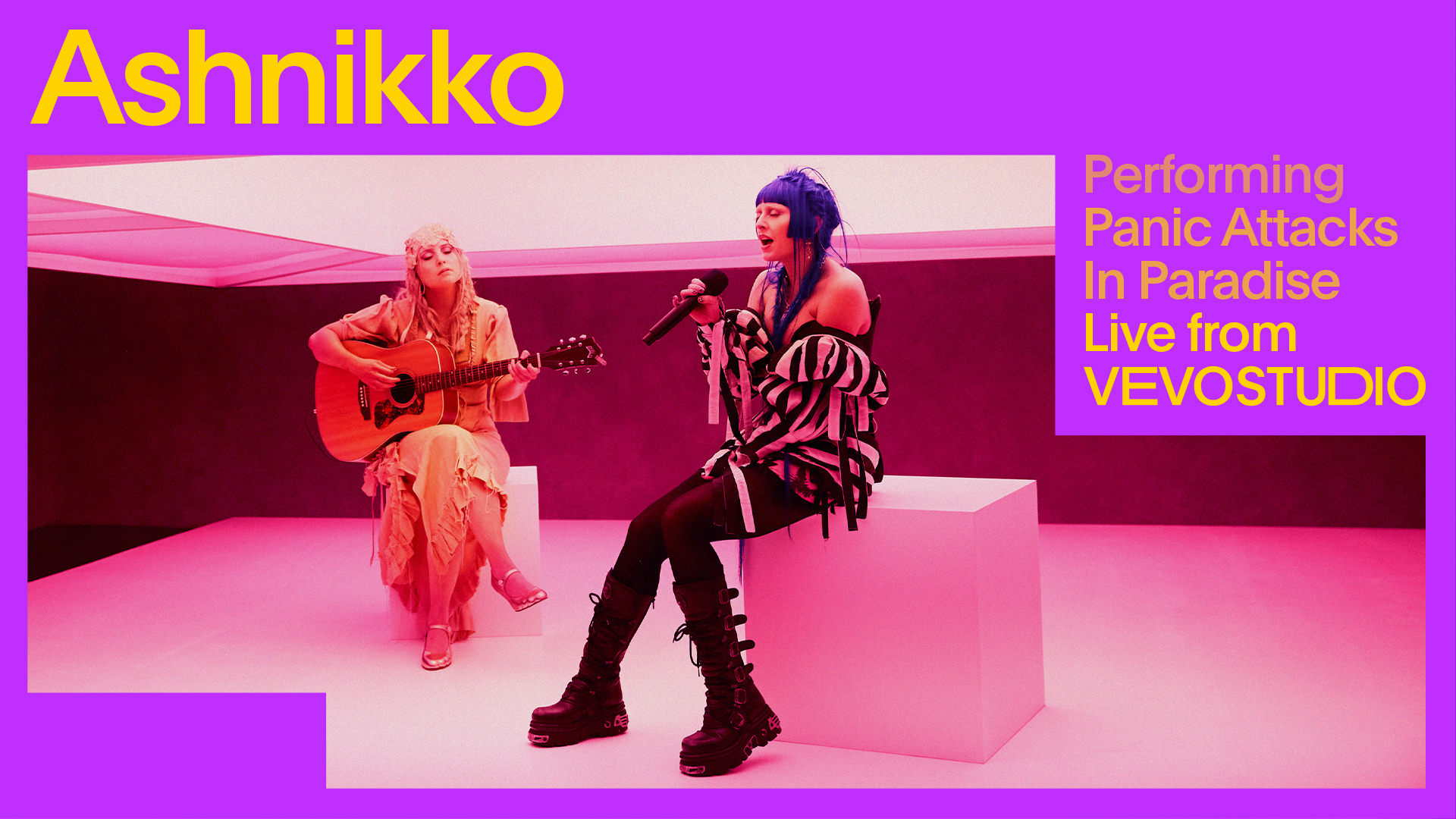 Ashnikko is the pop provocateur whose music ricochets around themes of empowerment, vengeance and sexual positivity. She released her debut mixtape ‘DEMIDEVIL’ in 2021, in which she swung punches at the patriarchy and turned the male gaze on itself again and again. Ashnikko tackles life head-on with brutal honesty and humour.

‘PAIP’ is a commentary on how much I was annoying myself at the time. I was healthy and my career was going great. I was in a metaphorical “paradise.” But alas my brain chemistry had other plans. I was an insufferable mess, so obsessed with my own hurt. I was leading it around with me like a rabid dog, letting it bite anyone I came into contact with. Where ‘PAIP’ is soft and forlorn, ‘Maggots’ is pure rage. I’m casting a protective shield of electricity around myself and daring anyone to try to cross it. I’d rather be a raging b*tch than let people take advantage of my kindness. I will take every parasite burrowing its way into my flesh and flatten it under my boots.