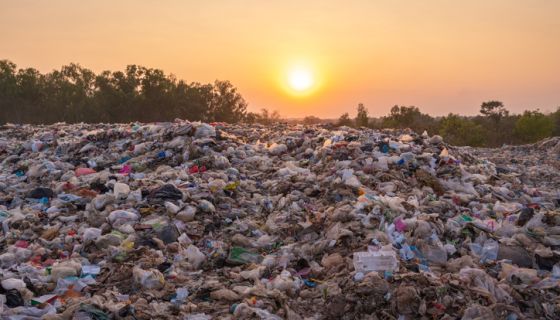 A new law created in California may lead the charge in the way our country manages food waste.

Ahead of the Covid-19 pandemic, an estimated 35 million people across the country suffered from food insecurity and the number has only increased in recent years.

According to a report from KNTV Las Vegas, thousands of pounds of food now go through a Feeding San Diego facility each day. The chief supply chain officer, Patty O’Connor, at the organization shares that her dad was the inspiration behind the work she’s doing now.

“My father, who is no longer with us, was doing his own rescue, like fifteen, twenty years ago,” O’Connor shares with KNTV. “He was going to the Trader Joe’s every Tuesday and Saturday morning at 6:30 to pick up their leftover food because he knew they were going to throw it away. And he and another elderly gentleman would drive it to a local catholic charity actually, and give it to them every Tuesday and every Friday.”

The new bill going into effect at the beginning of 2022, Senate Bill 1383, will require grocery stores other food suppliers to donate all edible food waste to a food rescue organization or food bank.

“The big picture of the law is really wonderful, it’s a win-win all around,” O’Connor said to the media outlet.

The director of corporate affairs for Ralph’s grocery stores, John Votava, says that they have been participating in the work for more than four years.

“The main thing that we felt was validation,” Votava said. “Because we had started our zero hunger zero waste social impact plan at all of our stores through the Kroger company but specifically here for Ralphs and this is what we’ve been doing now since 2017, collecting that food and making sure it stays out of landfills and gets into the hands of people who need it the most.”

According to Recycle Track Systems, the U.S. discards more food than any other country, equating to nearly 40 million tons, which is 80 billion pounds every year. That is estimated to be 30-40% of the entire U.S. food supply. Most of our food waste ends up discarded into landfills.

“Seventy percent of the food that we are distributing was donated food and as far as what we expect, that is the big question that everybody has. How much more is this going to increase?” O’Connor said.

Reports prove that food waste has irreversible environmental effects. According to the World Wildlife Federation, the production of wasted food in the United States is equivalent to the greenhouse emissions of 37 million cars. It wastes the water and energy it took to produce it and generates greenhouse gases, specifically 11% of the world’s emissions.

The bill’s announcement is accompanied by great news from more suppliers across the country. O’Connor shares that they are receiving an influx of calls from suppliers who had yet to be involved with food rescue. She is looking forward to more cities joining the movement. She also says that cities don’t need a fancy law to enact change. There are many food rescue organizations throughout the country already doing the work, like Goodr — the Black female-owned company, which aims to feed more and waste less.

California joins the several states working to dismantle food waste. Connecticut, Massachusetts, New York, Rhode Island and Vermont have all passed laws to do so. Tennessee, Washington and Wisconsin have created task forces to help with this cause as well.

Find out more about how to combat food waste at Feeding San Diego’s website.