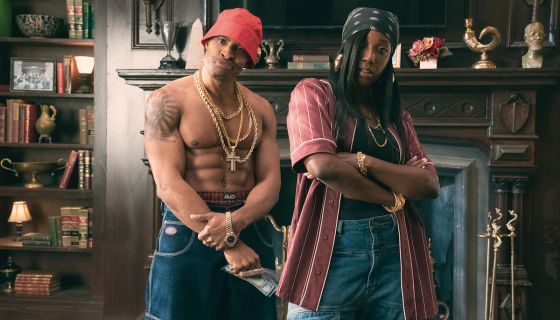 You should be gettin’ it… while the gettin’ is good.

Brandon Bell and Ashley Blaine Featherson flex their triple threat skills in a scene from the final season of “Dear White People.” The actors play Troy and Joelle on the popular Netflix series, which premieres on September 22nd. The fourth and final season was revealed to be a musical endeavor in a teaser last month. Check out the clip below:

When we heard it was going to be a musical season, this definitely isn’t what we imagined, and we couldn’t be more pleased!

Here’s a synopsis of the upcoming final season of “Dear White People”:

Set against the backdrop of senior year at Winchester as well as a not-so-distant, post-pandemic future, Dear White People Vol. 4 finds our characters looking back at the most formative (and theatrical) year of their lives. Both an Afro-futuristic and 90s-inspired musical event, Dear White People Vol. 4 is a can’t-miss, farewell experience with one pitch-perfect promise: sometimes the only way to move forward is to throw it back.

The new season is just a few hours away — it premieres at midnight PST!