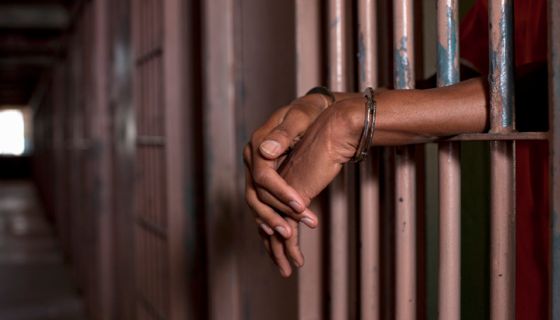 Death row inmate Julius Jones has had his sentence commuted to life in prison, without the possibility of parole, after the nation came together to petition for his freedom.

Jones was scheduled to be executed today, November 18, unless Oklahoma Governor Kevin Stitt decided otherwise. Now new reports state Stitt finally accepted the parole board’s recommendation for clemency in Jones’ case — sort of. The Oklahoma Pardon and Parole Board actually voted 3-1 to reduce his sentence to life in prison with the possibility of parole.

“Julius Jones was scheduled to be executed at 4 p.m. Thursday at the Oklahoma State Penitentiary in McAlester. Oklahoma Gov. Kevin Stitt, however, announced at noon Thursday he has commuted Jones’ sentence to life without the possibility of parole. Jones, now 41, has been on death row for more than half of his life for the murder of Paul Howell. Jones has maintained his innocence, saying he was not responsible for the fatal shooting in Edmond in 1999. Jones’ family insists he was at home. The Oklahoma Pardon and Parole Board voted 3-1 on Nov. 1 to recommend Oklahoma Gov. Kevin Stitt grant clemency to Jones and reduce his sentence to life in prison with the possibility of parole.”

Just yesterday, rapper J. Cole retweeted a horrifying thread from Kim Kardashian, in which she advocated for Julius Jones and detailed what the death penalty is like in Oklahoma. As noted by the superstars, there is mounting evidence that Jones is innocent, but Governor Stitt seemed set on executing him anyway.

We hope this is just the first step in Jones eventually being freed from prison. We will continue to keep you updated.