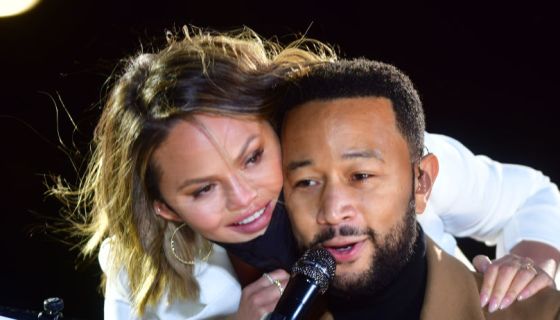 American citizens across the nation are headed to the polls today, as the 2020 presidential election comes down to the wire.

Joe Biden and Kamala Harris are finishing strong, after hosting several rallies in different cities in the days leading up to one of the biggest elections in American history. Last night, John Legend hit the Biden-Harris campaign in Philadelphia. The 41-year-old legend, no pun intended, brought back the spirit of live performance, while also calling out some of his peers who’ve supported Trumplethinskin, and more.

“Now, some people see the meanness, the bullying, the selfishness of Donald Trump and they mistake it for strength, a kind of twisted masculinity,” he said. “Some see his greed and they mistake it for being good at business.” “Some of your former favorite rappers have been taken in by these lies. I think they even founded a new supergroup, it’s called the ‘Sunken Place,’” he continued, later adding “The president isn’t strong. He’s a coward.”

ALSO: Issa Rae Says She Was HORRIFIED After Researching Ivanka Trump For This Upcoming HBO Series

Legend is loved for his undeniable talent, charisma, and obvious penchant for speaking up about what’s right — but there’s also the singer’s family. Wife Chrissy Teigen, daughter Luna, son Miles, and mother-in-law Vilailuck Teigen joined him on stage last night in a moment we’ll not soon forget.

“We’re teaching our young people early they’ve got to participate in their democracy. We’re here to save democracy,” he said. “I want to do a special song that I dedicated to my wife a little while ago. I wrote this song for my new album. I wrote this song as a tribute to our relationship and the fact that love can get us through all kinds of tough times. And, we know that the whole nation is going through tough times right now. We know that Joe Biden, personally, has experienced so much tragedy and what I think he’s taught us and what he brings to this job — this idea of being the leader of this nation — is the fact that he’s resilient, he has empathy, he understands what it’s like to feel serious pain, and he’s able to lead this country out of a serious dark time in our history.”

Tune in above at the 4:20 mark and be sure to cast your ballot if you haven’t already.